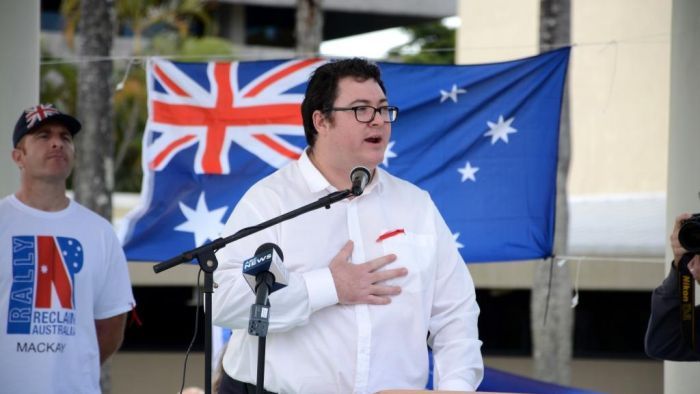 George Christensen was forced into an embarrassing backdown. Photo: AAP

Conservative Coalition MP George Christensen has been forced in to an embarrassing backdown over his hasty reaction in blaming “radical Islam” for the attack on Merrylands Police Station on Thursday night.

Mr Christensen took to Facebook soon after the event labelling it a “failed terror attack”.

“How about for once we talk about the problem at hand: the ideology of radical Islamism and its adherents and what we, as a nation, are going to do about it,” he said.

But when police confirmed the attack was carried out by a 61-year-old Czech national with a reported history of mental health issues, who set himself on fire and rammed into the roller door of the Merrylands police station, Mr Christensen backpedalled. Somewhat.

He posted a camouflaged retraction by saying it was “surprising” it wasn’t a terror attack given it took place in the western Sydney suburb.

“New reports in state that surprisingly for Merrylands, this incident may not have been a terrorist attack as the ABC originally reported it to be,” he said.
“But the point I make in this post is not lost: why is it every time there is a terror attack (here or overseas) we get the same platitudes from the Left and the political & media elite.”

Mr Christensen has been a frequent critic of Islam, previously calling for a ban on the burqa in public in Australia a ban on all immigration from countries with “high levels of radicalism and violent extremism”.