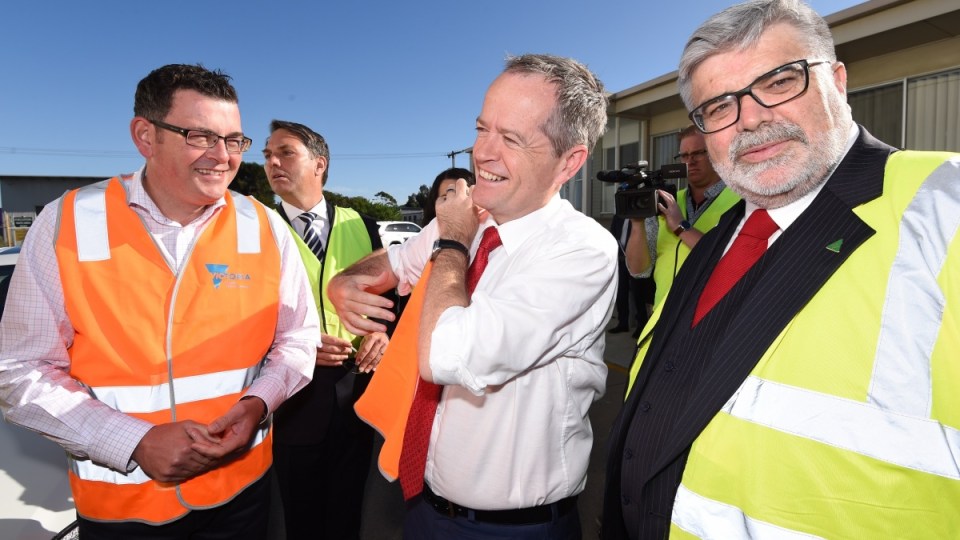 Opposition Leader Bill Shorten has expanded his shadow ministry to ensure Victorian senator Kim Carr remains on the frontbench, in a complicated deal that will see shadow assistant treasurer Andrew Leigh take a pay cut and Senator Sam Dastyari miss out on a pay rise.

After factional meetings in Canberra, Mr Shorten told the Labor caucus he would increase his frontbench to 32 positions.

Under parliamentary rules, only 30 of them will receive a frontbencher’s allowance.

How the deal was made

The deal was brokered after the Left faction moved to dump Senator Carr from its frontbench line up, in favour of newly elected New South Wales MP Linda Burney.

Senator Carr blocked the push by splintering off into a separate faction and, with the support of Victorian Socialist Left allies Gavin Marshall, Maria Vamnakinou and Lisa Chesters, claimed one frontbench seat in his own right.

Mr Shorten is hoping the deal will allow him to keep Senator Carr on side without infuriating senior members of the Left faction.

Senator Dastyari and Ms Burney were among five MPs elevated to the front bench today, along with Ed Husic, Carol Brown and Claire O’Neill.

The jockeying over portfolios has now begun, with Mr Shorten set to announce a sizeable reshuffle on Saturday.