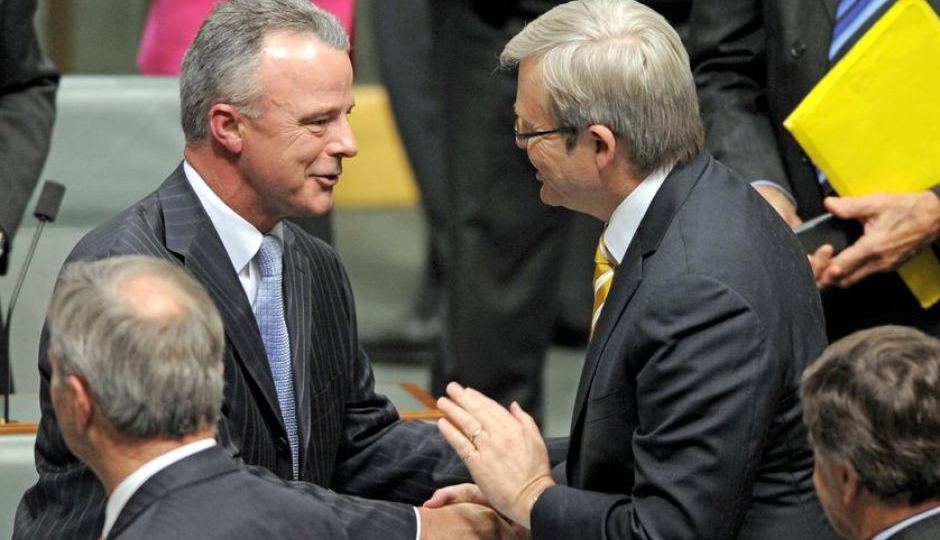 Mr Rudd has asked the Federal Government to nominate him for the role, but neither Prime Minister Malcolm Turnbull nor Foreign Minister Julie Bishop have been drawn on the issue, saying the nomination is a matter for Cabinet.

He told the National Press Club that he “could spend quite a lot of time having a discussion about Mr Rudd’s failings” but backed him for the role nonetheless.

“Some people are tailor-made for some jobs in life and I think Kevin Rudd is made for this job.”

“There are a number of people who are throughout the world at the moment, as Australians, who are representing us in various endeavours.

“All I can say is that I think Kevin Rudd would exceed that in making me proud to be an Australian if he’s in that role.”

Dr Nelson took two questions on Mr Rudd, who he described as “stunningly brilliant” and a “force of nature”.

But he said in the end the nomination was a matter for the Government and he would not “lose sleep” if Mr Rudd was not successful.

Labor leader Bill Shorten has urged the Government to back Mr Rudd for the role – held by Ban Ki-Moon until the end of the year – adding it would be “petty” not to.