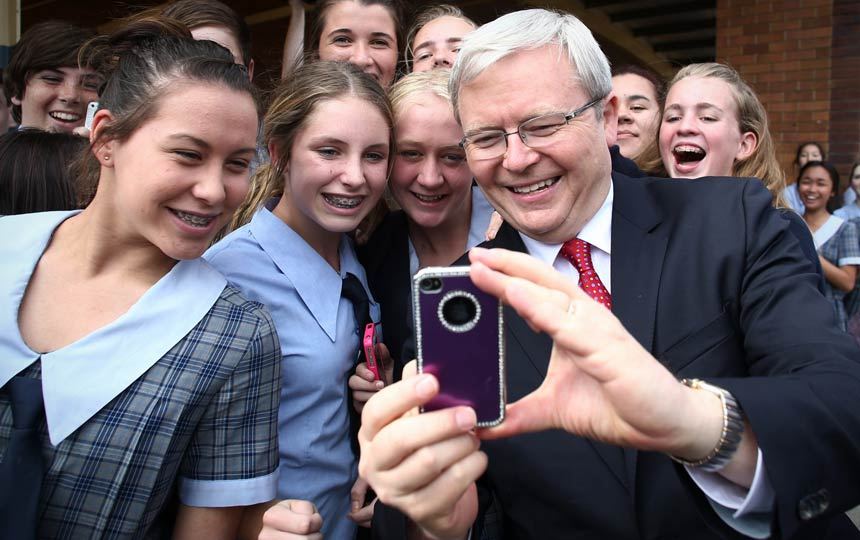 Former NSW Labor premier Kristina Keneally has attacked her own, calling Kevin Rudd a “psychopathic narcissist” and should not be chosen as the next UN secretary-general.

Speaking during her regular slot on Sky News, Ms Keneally said her dog would make a better secretary-general.

“That’s not just my opinion, that’s the opinion of a whole range of people who are currently sitting in the parliament,” Ms Keneally said.

“I can think of 12 Australians off the top of my head who would be a better secretary-general, and one of them is my Labrador.”
Kristina Keneally

Foreign Minister Julie Bishop confirmed on Monday that Mr Rudd had asked the government to nominate him for the position, but Ms Keneally said the government shouldn’t feel obligated to support him as a candidate simply because he is Australian.

Meanwhile, UN analyst Richard Gowan has said Mr Rudd has a good chance if the Australian cabinet approves his bid for the role.

“The US is generally believed to be backing an alternative candidate, Argentinian foreign minister Susana Malcorra, while the UK has given Helen Clark its early backing,” Mr Gowan told AAP on Monday.

“If there is any hint that China votes to discourage Rudd in the upcoming UN straw polls his candidacy is in a lot of trouble, because his command of Mandarin and close contacts in Beijing are meant to be his greatest strength,” Mr Gowan said.

One of Mr Rudd’s disadvantages is the widespread sense at the UN that he has “tepid” support in Australia.