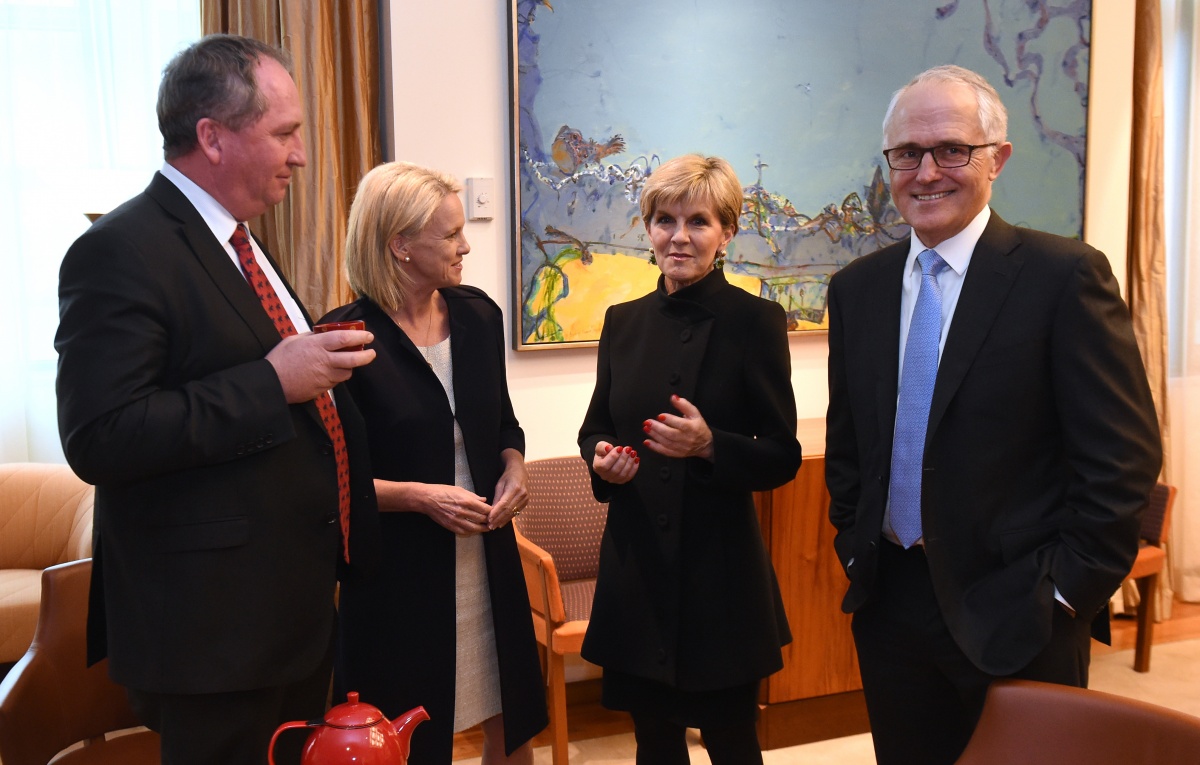 In the latest chapter of the Turnbull-Abbott leadership struggle, the Prime Minister seems to have played a trump card.

In a calculated leak to The Australian’s Sharri Markson, it has been reported that Mr Turnbull helped to save the Coalition from an election defeat by a personal donation of up to $1 million to prop up the Liberal Party prime time ad spend in the final week.

The ad spend is considered vital to a party’s messaging to undecided voters.

• The Tony Abbott dilemma: backbench or back to cabinet
• Nationals in line for a bigger say in Coalition
• Nothing to hide in ‘secret’ Coalition deal: Nationals

When Liberal Party director Tony Nutt and pollster Mark Textor address the party room on Monday, just how decisive the late surge of marketing actually was, is expected to be revealed.

While there are understandable recriminations over the Coalition’s near-death experience at the polls, its narrow survival in government may be claimed to have hinged on prime time advertising.

Had Mr Turnbull won the election with half a dozen seats rather than a majority of just two, the recriminations would simply disappear.

But Mr Turnbull and his supporters are now expected to argue that “a win is a win” and it may not have occurred without the Prime Minister personally having to back all MPs and himself with his very generous donation.

“All will be disclosed in accordance with the law,” Mr Turnbull said on Sunday when asked to confirm his personal donation.

In a party with many self-righteous personalities, Mr Turnbull’s hard cash may speak louder than residual hurt feelings over the removal of Mr Abbott as prime minister in September last year by 54 votes to 44.

The Turnbull camp is now expected to argue that the government under Mr Abbott’s leadership was headed to humiliation as a one-term wonder. Mr Turnbull and his million dollars helped to save the day.

No ministry for Tony Abbott?

As MPs and senators gathered at The Lodge on Sunday evening for drinks and canapés to celebrate the government’s return, Mr Abbott sent his regrets.

Reportedly he was unable to attend because of family commitments.

This accompanied speculation that Mr Abbott would not be appointed to the next Turnbull cabinet to be sworn in this week.

Mr Abbott’s return to cabinet was seen by some observers as undermining Mr Turnbull’s authority and an unnecessary continuation of their leadership struggle. The pair have been duelling for the Liberal Party top spot since Mr Abbott’s one-vote win over Mr Turnbull to take the Opposition leadership in 2010.

If Mr Abbott remains on the backbench he will have time to prosecute a determined reclamation of the leadership by stalking Mr Turnbull. Or he may continue with a disciplined team approach to build a case for his re-appointment to cabinet at some future time.

Any Abbott rehabilitation would have to come with an iron clad assurance that his leadership ambitions are now extinct.

Disaffected Liberal MPs are expected to raise objections to the government’s superannuation reforms at the party meeting, with many arguing the reforms capping cumulative contributions have a retrospective impact from 2007.

The reforms were unveiled by Treasurer Scott Morrison in the May 3 federal budget.

Some Liberal MPs reported campaign donations had dried up because of the super changes.

On his way to Canberra for the party meeting, dissident Liberal Senator Cory Bernardi said superannuation was an issue which many MPs had raised as a retrograde step in terms of holding support from the Liberal base.

“I’m listening very keenly and carefully to concerns that have been raised by my colleagues and by other people in the community as well,” Mr Turnbull said on Sunday. There is now the prospect of technical “tweaking” of the measures by the incoming government.

The reforms were seen as vital to deficit clawback otherwise known as budget repair.

A blokey government for a feminist PM

The next Turnbull-Joyce Coalition government will be dominated by blokes.

While the Liberal Party stood 30 endorsed women candidates in the 2016 election few made it to MP status. The surviving joint party room will contain 13 women. The ALP stood 60 endorsed candidates with 26 elected to the parliament.

On the ABC’s Insiders program, Foreign Minister Julie Bishop, the deputy leader of the parliamentary Liberal Party, was interrogated by presenter Fran Kelly about why women were not being pre-selected to safe Liberal seats.

Ms Bishop said her WA seat was about the safest held by the party, but conceded that more needed to be done to pre-select women to winnable seats and to inspire others.

Prime Minister Turnbull, as a self-described feminist, elevated more women to cabinet after he won the leadership last year.

But he will be unable to act on his feminism when it comes to further cabinet promotions because of the paucity of fresh female talent in the greatly reduced Liberal Party room.

Malcolm Turnbull puts his money where his mouth is