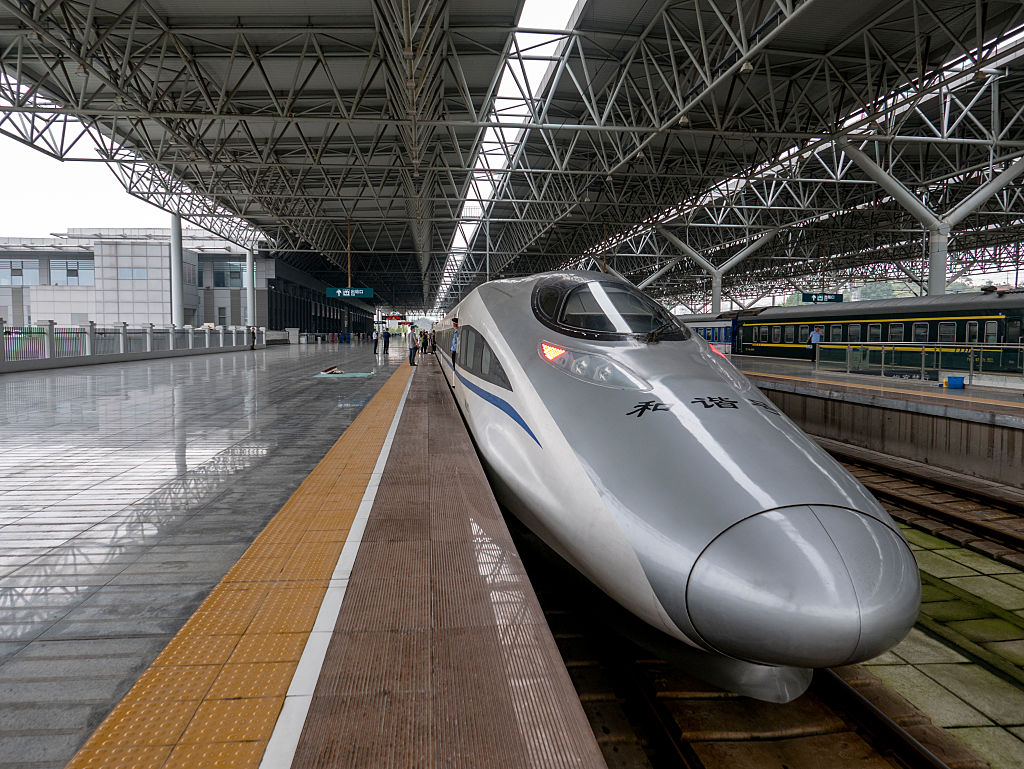 It has been talked about for decades, but a private company has launched a $200 billion plan to build a high-speed rail link between Melbourne and Sydney.

Consolidated Land and Rail Australia (CLARA) has publicly released its proposal to build the rail link, which would include eight stops and plans for new regional cities along the route.

CLARA’s co-founder and chairman Nick Cleary said deals to secure almost half the private land needed for the project had already been struck.

“They’re multi-year option agreements and they give us legal control over the land that we’re talking about,” he said.

“It’s about hitting certain milestones which will trigger other parts of those agreements to be released.

“I take the point that it’s been around for a long time, a proposal to build high-speed rail between Sydney and Melbourne, but our plan is about decentralisation. It’s actually a cities plan.”

He said an express service between Sydney and Melbourne would be about an hour and 50 minutes.

“And even if it had to stop at all stops, it could still do it in around two hours, 45 minutes,” he said.

CLARA’s board includes representatives from the public and private sectors in the United States, as well as former Australian premiers Steve Bracks and Barry O’Farrell and former trade minister Andrew Robb.

The company is backed with funds from Australia and the US.

Mr Bracks said despite many proposals over the years, a high-speed rail link between the two capital cities “will happen”.

“This is the third busiest air route in the world, Melbourne to Sydney,” he said.

“This project … is really about sustainable cities being developed adjacent to existing cities in Victoria and New South Wales.”

He said the project, expected to take at least 20 years to build, would not rely on money from state or federal governments.

“But it obviously needs cooperation and approval for it to proceed,” he said.

“This is about regional development, decentralisation and the land capture which will occur on the corridor between Melbourne and Sydney.

Sydney to Melbourne in two hours: it will happen