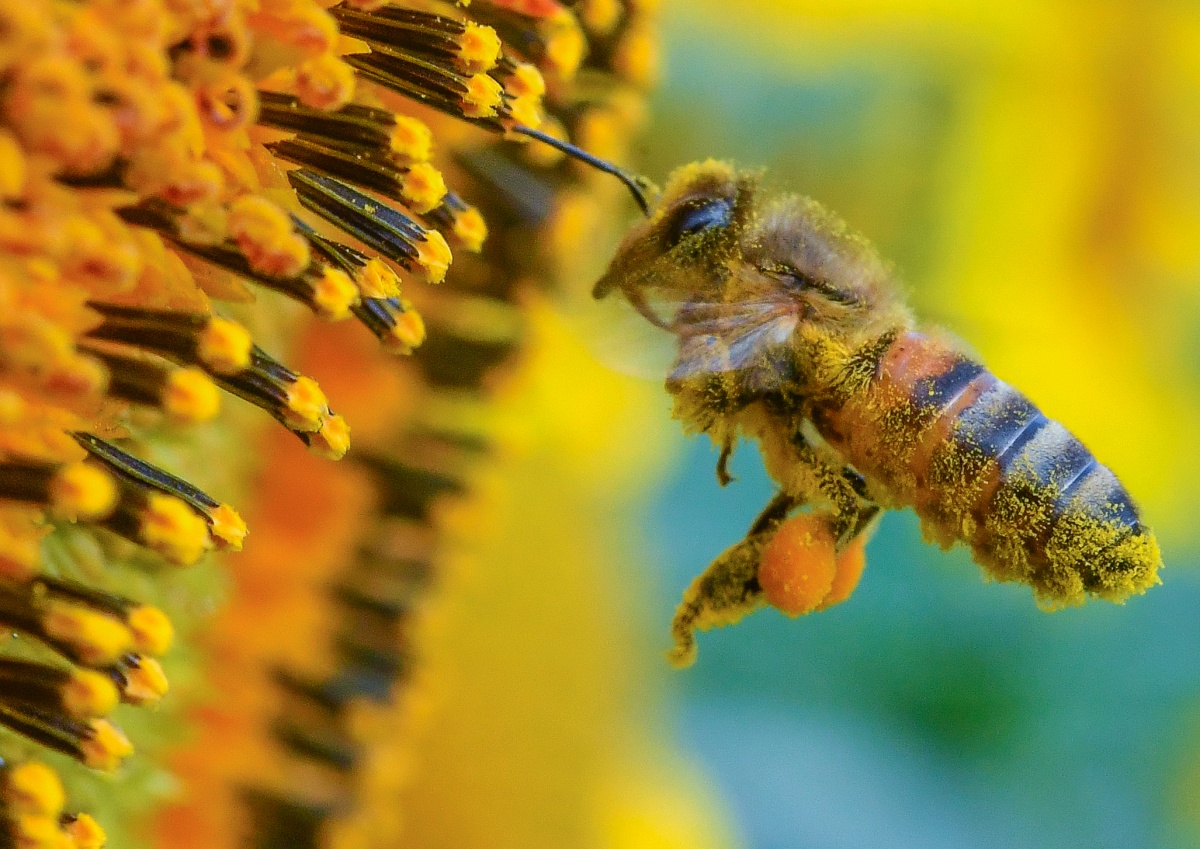 Up to 65 per cent of Australian agricultural production is estimated to depend on European honey bees for pollination – equating to one in three mouthfuls of food.

It’s feared the incursion of the tiny pest varroa – which can infest and kill European bee colonies – could cripple food production.

• Wanted: good homes for 7000 greyhounds
• It’s time the footy world moved with the times
• And that’ll be $500 for each grape, thank you

Fruits and vegetables like almonds, apples, cabbages, pumpkins and broccoli are almost wholly reliant on bee pollination, with industry warning crops could disappear and prices skyrocket without bees.

Australia is currently the only continent on earth that has not yet been overrun with varroa but experts fear this could be a turning point.

A third of agricultural production at risk

The declared pest recently discovered in Townsville has been identified as the less destructive of the two species – varroa jacobsoni.

Two mites were on a swarm of 5,000 feral Asian bees but the species has the potential to switch to European pollinators and wreak similar havoc to its cousin varroa destructor.

“Are we seriously doing enough? We should not be leaving anything to chance,” said Ms Goldsworthy.

“This is happening on our watch. We need to be able to say to future generations that we left no stone unturned here.”

Questions have been raised as to why the swarm was not found earlier through the use of surveillance and traps, particularly given Australia’s vulnerability.

It is believed to be the first serious incursion of varroa in Australia and may have gone undetected for two years.

Insiders say it may also be the first time the mite has bred within Australia’s borders. A single mite can spark a major invasion given the varroa’s reproduction method of incestuous fertilisation.

Stevedores at the Townsville port unearthed the mite-affected swarm on June 27th and Biosecurity Queensland issued a movement control order a week later on July 4.

There are now restrictions on the movement of bee hives, bees, bee products (excluding honey), and used beekeeping equipment from Townsville.

Biosecurity Queensland is also conducting surveillance and setting traps within a 10 km radius of the site.

“The fact that it had not been found until now is a bit disturbing but it was in a container rack in a bit of a wasteland where people don’t go,” said Mr Weatherhead.

“If it does establish itself there’ll be a big problem in Australia, not just for our honeybee industry but for horticulture and agriculture.”

“It’s difficult to quantify the impact but it would be quite significant,” said Ms Makenzie.

“It could put cost impositions on growers having to find access to pollinators because they can’t just rely on natural pollination.”

AUSVEG National Manager Scientific Affairs Dr Jessica Lye said in a statement: “While there are no expected domestic or international trade issues at this time, it is important that all industry stakeholders work together to ensure rigorous surveillance of varroa is maintained.”

Biosecurity Queensland has urged the public to report bee swarms or feral bee hives to 132523.