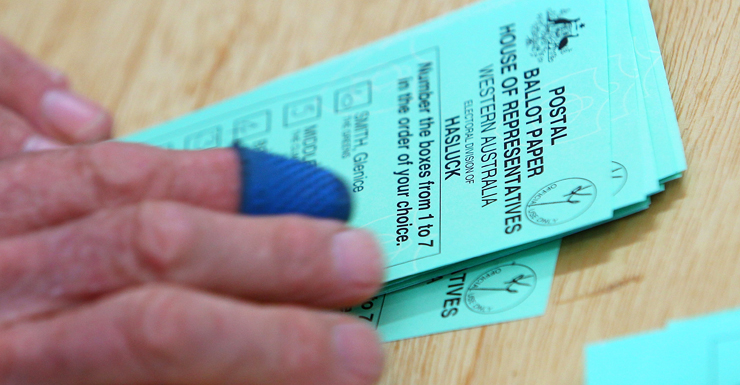 It could be a month before Australia knows the final outcome of the federal election, the Australian Electoral Commission says.

The result is currently too close to call, with neither the Coalition nor Labor so far assured of enough seats form a majority government.

Australia is now facing the possibility of a hung Parliament with more than three quarters of the vote counted.

AEC spokesman Phil Diak said more than 11 million ballots for the House of Representatives had been counted on Saturday, but that it could take up to a month for the rest of the vote to be finalised.

“[There’s a] very strong pattern there that it does take around a month to complete all the counting for the House and Senate,” he told ABC News Breakfast.

“The AEC won’t declare seats until there’s a mathematical impossibility of the leader being overtaken, as it were, in any seat.

“So that’s often a lot later than when victory is claimed or a seat is conceded.”

He said the AEC put extra focus on close seats to work as quickly as possible to provide clarity.

Counting for the House of Representatives will not begin in earnest again until Tuesday.

He added there would be some small counting today of mobile votes — where AEC polling teams visit voters who are not able to get to a polling place — and that Senate pre-poll votes would be counted on Monday.

However, he said postal and absentee votes would have to be reconciled, sorted and sent to their home divisions before counting for the Lower House could resume on Tuesday.

“We need to undertake what’s called the declaration vote exchange, where all the absent and postal votes that weren’t counted yesterday all [get] reconciled, sorted and packaged,” he said.

“So [that’s] a very sizeable task that has to be done carefully before any counting begins.”

More than 1 million postal votes have already been returned to the AEC and further votes can be accepted if they are received by the returning officer within 13 days of the election.

When votes will be counted

Sunday: Absent, interstate, postal and other declaration votes will be reconciled, sorted and packaged ready for dispatch to the home division from Monday. Any counting today will be limited to the small numbers of votes collected by AEC mobile teams.

Monday: Officials will continue the process of verifying more than 1 million postal votes already returned to the AEC.

Tuesday: The counting of Lower House votes will continue.

Count may take a month