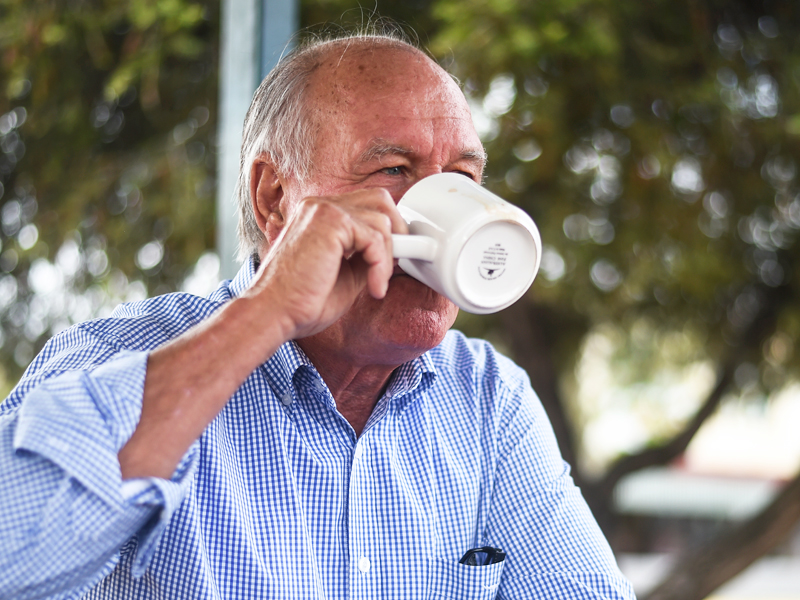 Former Abbott chief of staff Peta Credlin has called on voters to “hang, draw and quarter” independent candidate Tony Windsor after he aimed an allegedly sexist “put-down” at her.

Mr Windsor seemed to suggest on Tuesday night that Ms Credlin did little more than make cuppas during the years 2010-2013 when her boss, Mr Abbott, was Liberal opposition leader.

“PETA Credlin always made a nice [c]up of tea during hung parliament,” he wrote on Twitter.

The former staffer, now a media commentator and columnist, fired back during a radio interview on Wednesday afternoon, accusing Mr Windsor of “rat cunning” and “rank hypocrisy”.

“You’ve got to see this for what it is, right. This is the measure of the man,” Ms Credlin told 2GB.

She joined others in the media who read into the ‘cup of tea’ remark by saying: “This isn’t designed to critique my tea-making skills.”

Later in the day, several of her colleagues at Sky News interpreted the remark as sexist because it implied a woman’s place was in the kitchen — and compared it to the recent scandal surrounding Eddie McGuire’s joke about drowning a female journalist. Mr Windsor has not clarified the message’s intended meaning.

Ms Credlin herself stopped short of using the label ‘sexist’, opting instead to call it a “put-down” during her 2GB interview.

“I was never too important I couldn’t make a cup of tea in the office. But this is just a put-down from a man who has got rat cunning and he doesn’t deserve another go in Parliament.

“He should be hung, drawn and quartered for what he did in that hung Parliament and what he delivered Australia. He takes no responsibility for it. And he’s got the hide to put up his hand and say, ‘Give me another go.’ It’s just rank hypocrisy.”

Mr Windsor is running against Nationals leader Barnaby Joyce for the NSW lower house seat of New England. His Twitter remark was prompted by an earlier Peta Credlin segment on Sky News in which she said Mr Windsor had “played it pretty dirty” during his long career in politics. (He was independent member for the NSW state seat of Tamworth for 10 years and federal member for New England for 12.)

The 2GB host, Ray Hadley, put it to Ms Credlin that the incident would generate less scandal because she is not left-wing.

“Well, I’m waiting for the feminist collective to come out and criticise Tony [Windsor] today too. You know, the sex discrimination people, everyone else that seems to jump on the bandwagon if a comment is made against a woman on the other side. But right-wing women like me aren’t allowed to have opinions and we’re supposed to, you know, cop what’s thrown at us. And I’m not copping it anymore, Ray,” she replied.

“I’m not copping it anymore and I’ve called this guy out last night, obviously that was before the tweet, and I’m going to have another go at him tomorrow.”

The electoral fight between Windsor and Joyce has been heated. Most recently, Mr Windsor accused the Nationals of painting him as a philanderer in an attack ad. If Mr Joyce were to be unseated in New England, the Nationals would lose their leader and the Coalition its Deputy Prime Minister.

PETA Credlin always made a nice up of tea during hung parliament . https://t.co/0gEnnxY66V

Tony Windsor triggers fury with a cup of tea