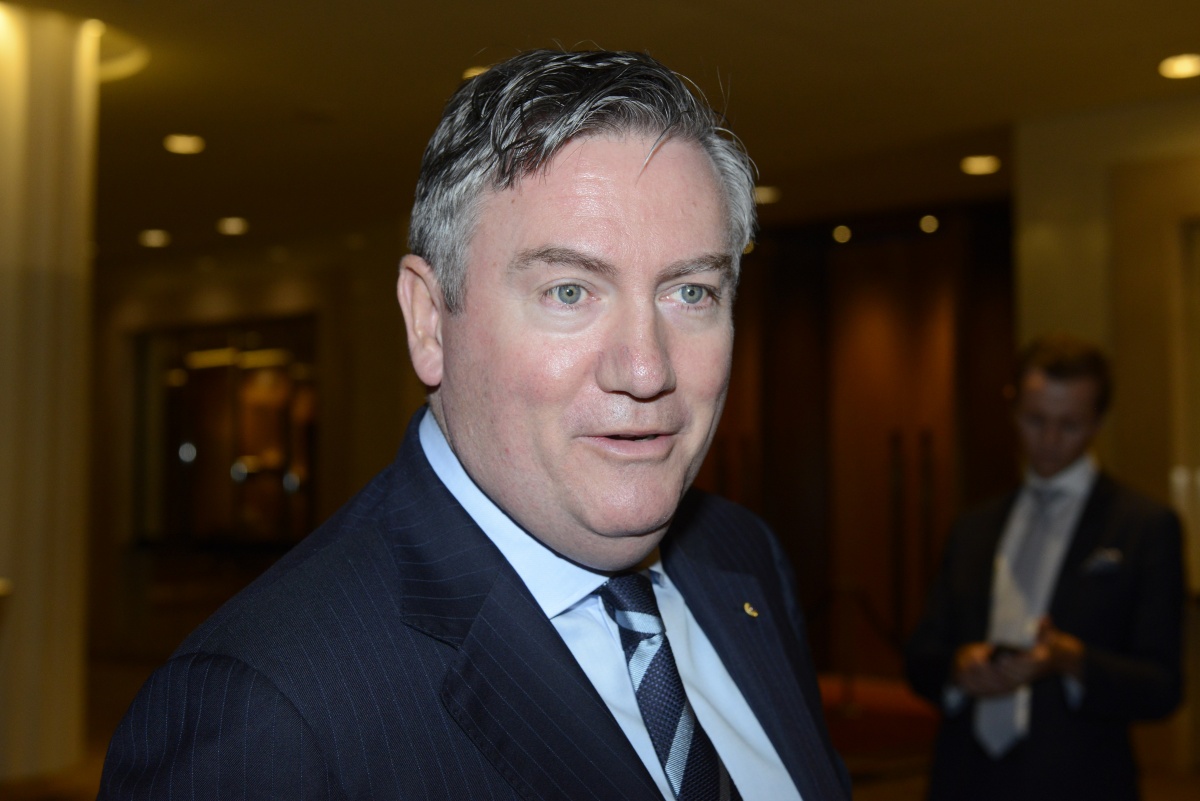 Veteran television personality and journalist Sandra Sully has sent a public and very passionate thank you to Eddie McGuire for sparking a national debate on sexism.

“I never thought I would say this, but thank you Eddie McGuire. Thank you for your misogynist comments because they finally sparked national debate and resulted in national outrage,” the Channel 10 newsreader wrote in The Age on Tuesday.

“People are now connecting the dots between language — the weaponry of words — that trivialise violence against women, and a culture that perpetuates it.”

• Wilson fires back at ‘Neanderthal’ Newman
• McGuire and Co show they’re ‘sorely out of step’
• Eddie and James: sorry, but this is why it’s time to go

Collingwood president McGuire, North Melbourne chairman James Brayshaw and All Australian selector Danny Frawley were at the centre of a public outcry last week after suggesting on Triple M that respected journalist Caroline Wilson should be dunked and held under the water of the charity ice slide at the AFL’s Freeze MND charity match.

All three apologised publicly after the exchange was slammed as bullying and at odds with anti-violence against women messages, before Sam Newman reignited the issue by slamming Wilson on Channel Nine’s The Footy Show.

“The public reaction to this so called ‘banter’ was unprecedented,” Ms Sully wrote.

“While compounded by another member of the ‘blokes’ network, Sam Newman, it opened people’s eyes to the fact that violence against women sadly encompasses more than the women being murdered every week — that it’s much more than countless acts of reported physical or sexual abuse.”

Ms Sully described the physical acts against women as “the tip of the iceberg”.

“The uncomfortable undercurrent is a dangerous mass of verbal, emotional and financial abuse, control, manipulation and degrading jokes and comments,” she wrote.

“I would like to think the public condemnation of what was said on Triple M signals the end of those trails of angry comments beneath EVERY story written about violence against women – cue ‘feminist propaganda’, ‘leftist, social engineering’, ‘what about men’, ‘she deserved it because she was drunk/flirting/wearing headphones’, ‘she needs to toughen up if she wants to play with the boys!’ – but I know it won’t.”

Ms Sully said the onus is on politicians, community heavyweights and sporting administrators to lead by example when it comes to condemning sexism and welcomed comments from the Prime Minister, the federal Opposition Leader condemning McGuire’s remarks.

“But strangely, there was a staggering silence from the AFL,” she wrote.

“On the very day this saga erupted, the AFL found itself fit enough to fine North Melbourne Football Club and its coach $80,000 for disparaging remarks against umpires, but couldn’t see why it should penalise McGuire, his club or The Footy Show in any way, shape or form.”

At 51 years of age, Ms Sully has had a long and successful career in the television industry, which is notorious for setting age limits on the on-air life of female personalities.

Peter Dutton touted as next Liberal leader as he claimed victory in Dickson
‘The urgency of the situation’: WHO steps in as monkeypox cases erupt around the world
Volodymyr Zelensky: How war will end as Ukraine ‘breaks backbone’ of Russian army
Jim Chalmers decries Coalition waste as Labor hits the hustings amid downpours in Queensland
Anthony Albanese, Scott Morrison cast their votes in Sydney
Australian aces at French Open out to show there’s life after Ash Barty
Tony Windsor triggers fury with a cup of tea
Today's Stories