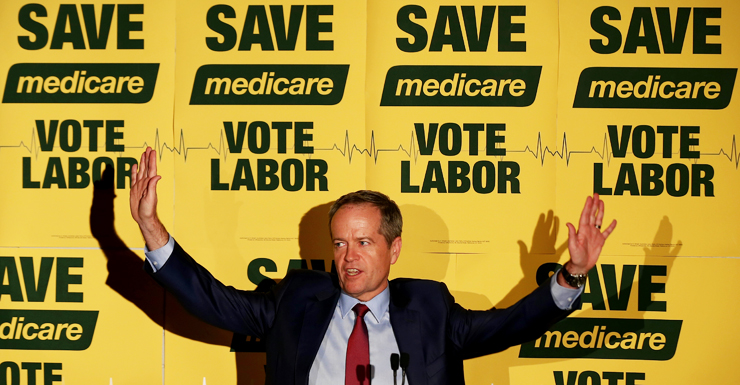 A new study has found negative political advertising or scare campaigns turn people away from the major parties using them.

The research, conducted at the Australian National University (ANU), measured the biometric changes in 71 people, ranging from 18 to 72 years old, while they watched political advertising.

Their heart rate and skin conductance revealed how interested they were in the advert.

Dr Andrew Hughes said the results showed negative advertising “turned people off”, with not one person in the study reporting they liked the negative campaigns.

“They [the adverts] weren’t doing the job they planned to do,” he said.

Instead, Dr Hughes said the advertisements had the opposite effect.

“I found that people recalled how much they hated the negative advertising,” he said.

“It was really quite strong emotions … I had to clean the language up, you might say, because people really unleashed that they were very unhappy.”

“People had recalled, in good detail, a positive ad that had been done by an advertising agency for the TV show Gruen Nation for the Greens,” he said.

“That had got people’s memory working quite well.

“What I’ve noticed in this election, more than anything else, is that people are saying, ‘I don’t like the ads for the major parties, this time around I’ll be voting independent’,” he said.

Dr Hughes said the results should be a wake-up call for the major parties and that they should re-think political scare campaigns.

‘Under siege’: Trump reveals FBI raid of home
Revealed: Australia’s richest postcodes – and professions
Colour and triumph for Australia as Commonwealth Games close
Monkeypox vaccines arrive for most at risk
Russia ‘using nuclear plant as base’ as UN slams attacks
Father, son get life for Arbery hate crime
Farmers angry at yet another cut to milk prices
Today's Stories