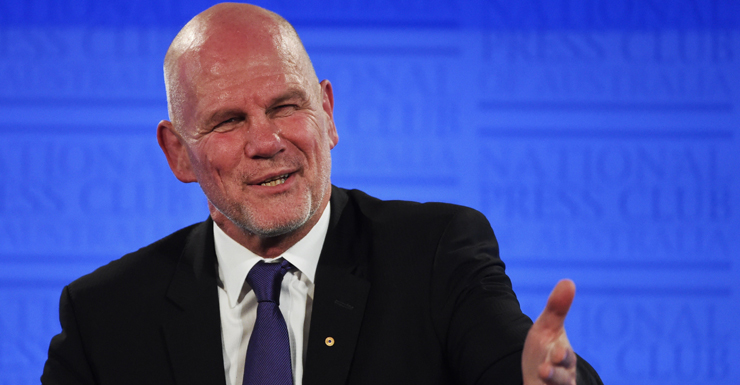 Britain’s decision to break out of the European Union has renewed the drive for an Australian republic, Peter FitzSimons says.

It coincided with Google figures showing an increase in searches for “Australian republic”, as well as a flurry of #Ausexit tweets.

Speaking on 702 ABC Sydney this morning, FitzSimons said ARM was not advocating Brexit as a model, but as a catalyst for Australia’s own change.

“Brexit was a very divisive, horrible campaign, and if I was in Britain I certainly wouldn’t have voted for Brexit, I would have voted to remain,” he said.

“The whole game has changed with our membership.

“From the moment that Brexit came through, social media came alive, with people saying ‘this is ridiculous, let us be our own people, let us get away from this’.

“[We’re] not looking to Brexit as the model at all.

“We’re just saying that it’s ludicrous in the 21st century to say that Australia cannot do better than find our heads of state from one family of English aristocrats living in a palace in London. We’re better than that as a people.”

FitzSimons said it was time for Australians to have another say on whether to become a republic.

“There are 3.5 million Australian electors now who didn’t get a chance to vote in the 1999 [referendum],” he said.

“It’s time. It’s another generation. We’ve got a hell of a case to sell.”

Silly UK… It’s time for #Australia to look at our place in the world too. #Republic #AusRepublic #Brexit pic.twitter.com/X82KmPvzdG

So if they can leave the EU, can we leave them now please??? #republictime #straya #ausexit @Peter_Fitz

Hey #Britain if you’d like to pop back to polls + let us become a #Republic we’d be good with that #ausexit #brexit pic.twitter.com/u0zkQ8ohbX

If we have to have a #plebicite on marriage equality, then we should combine it with a #referendum on the #ausrepublic @Peter_Fitz #auspol

‘Til now #AusRepublic argument been balanced, not anti-Brit, but as a Mem of #ARM I’m distressed we seem 2B now kicking Brit when she’s down