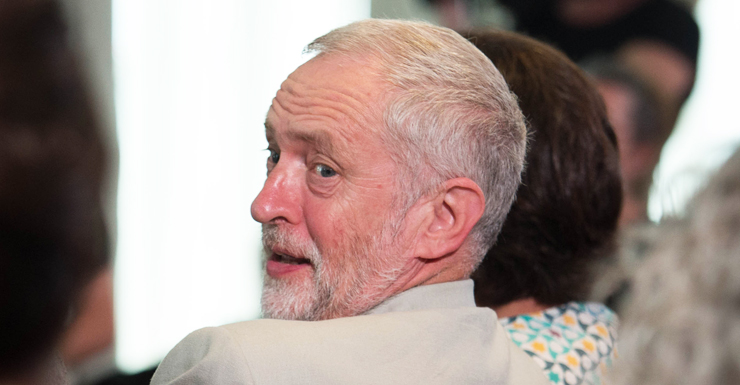 Voters will soon be seeing the back Of Jeremy Corbyn as Labour leader. Photo: AAP

But Corbyn says while he regrets the resignations of several members of his shadow Cabinet in the wake of Britain’s vote to leave the European Union, he is not planning to resign.

Twelve members of Corbyn’s team withdrew their support for him on Sunday, with many criticising his contribution to the referendum campaign and saying they doubted his ability to lead the party to victory in the next election.

“I regret there have been resignations today from my shadow cabinet. But I am not going to betray the trust of those who voted for me, or the millions of supporters across the country who need Labour to represent them,” he said in a statement on Sunday.

“Those who want to change Labour’s leadership will have to stand in a democratic election, in which I will be a candidate.”

EARLIER Six frontbenchers from Britain’s Labour Party have quit or been fired amid a post-Brexit crisis for leader Jeremy Corbyn.

The first, Ms Alexander, published a letter on Twitter saying Mr Corbyn lacked the “capacity” to lead the nation.

“It is with a heavy heart that I have this morning resigned from the shadow cabinet,” Ms Alexander wrote on Twitter. “As much as I respect you as a man of principle, I do not believe you have the capacity to shape the answers our country is demanding and I believe that if we are to form the next Government, a change of leadership is essential.”

Mr Corbyn’s leadership is under attack because of the successful Brexit referendum.

He campaigned with Prime Minister David Cameron of the Conservative Party for the ‘Remain’ camp.

“This is sad news indeed and I cannot understand how Jeremy thinks it will help his worsening position with the [Labour Party],” Labour MP Roberta Blackman-Woods wrote on Twitter on Sunday.

Prime Minister Cameron announced his intention to resign on Friday morning when it emerged that 52 per cent of Britons voted to leave the EU.

Two Labour MPs tabled a vote of no confidence in Mr Corbyn on Saturday.

If 20 per cent of the party’s 229 MPs support a no confidence motion, the question of leadership would then be put to Labour Party members.

Mr Corbyn’s dismissal of Mr Benn from his shadow cabinet has been interpreted as a signal that he intends to fight to stay Labour leader.

During a speech in London on Saturday, he was asked if he would contest a leadership spill.

He replied, “Yes, I’m here” to cheers from the audience, Newsweek reported.

He was elevated to the leadership in September 2015. Britain’s next election is not due until 2020.

But Mr Cameron’s replacement as Conservative Party leader, and thus Prime Minister, could trigger an early election to obtain a personal mandate to govern.

– with Jackson Stiles, AAP and ABC