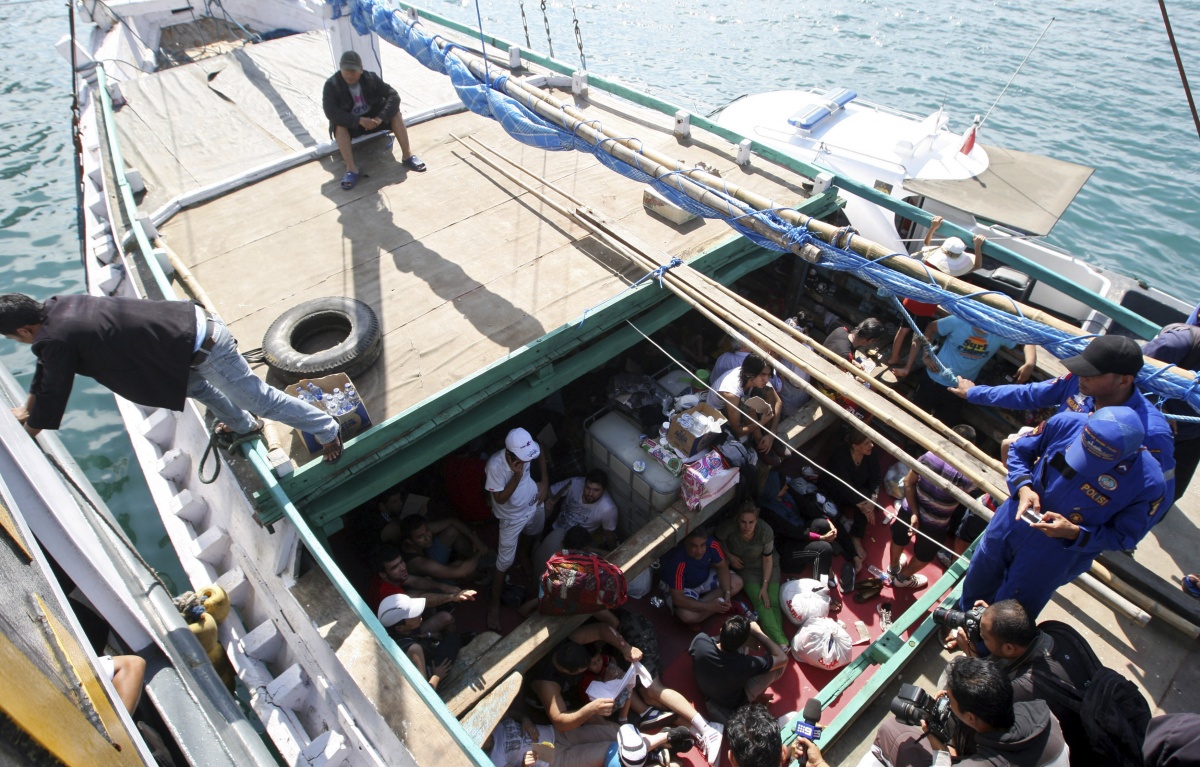 Prime Minister Malcolm Turnbull says voters have a stark choice between stability and chaos on July 2.

And the government has abandoned its usual secrecy to try to make its point.

For what are claimed to be ‘operational’ reasons the government usually does not publicly acknowledge attempts by people smuggler boats to reach Australian territorial waters.

It neither confirms nor denies reports of interceptions at sea or the forced return of asylum seekers.

But faced with an increasingly effective campaign by Labor leader Bill Shorten claiming that a returned Coalition government would move to privatise Medicare, Mr Dutton stepped forward on Wednesday to admit his motivation was political.

An assessment of the consequent asylum claims concluded they were groundless and the passengers were returned to Vietnam by plane. Authorities were aware of another boat attempting to embark from Aceh in Indonesia.

The lifting of secrecy on the release of operational information about boat turn-backs was justified, Mr Turnbull said, because the public needed to be appraised of policy differences with Labor on border protection before polling day.

The Prime Minister said in Cairns the Coalition government had turned back 28 boats carrying 734 passengers since coming back to government in September 2013.

“Labor does not have the willpower to do it,” Mr Turnbull said.

While Mr Shorten claimed to have the same turn-back policy as the Coalition, the prime minister asserts any future Labor-Greens government would abandon the tough policy.

“We saw that with Kevin Rudd,” Mr Turnbull said, with a resultant 50,000 unauthorised arrivals.

“You have to love the Liberal Party central headquarters.” Mr Shorten said in response. “It is the break glass issue. Spread concern and say somehow Labor has a different policy to the Liberals when it comes to deterring boats. They should be ashamed of themselves … “

Is the Medicare “scare” justified?

Significantly, Mr Shorten stands by his claim that Medicare is in danger under a Coalition government.

While Tony Shepherd, former head of the Abbott government’s commission of audit, said he did not recommend privatisation, only an upgrade of its payments system, Mr Shorten says there was significant evidence indicating Coalition intentions.

AMA president Michael Gannon has said “there is absolutely no evidence at all that the Liberal Party has any intention to privatise Medicare.

Yet the Opposition Leader says increasing the proportion of private service provision within Medicare is the “thin edge of the wedge”.

Mr Shorten says the heart of Medicare is bulk-billing, a one-payment system.

The Coalition tried unsuccessfully to impose a GP co-payment and has continued a freeze on GP rebates, which Labor now promises to abandon. The freeze will force doctors to charge their patients more to cover increasing operational costs.

The current scare campaigns are directed at undecided marginal seat voters. “Stop the boats” has traditionally been devastatingly effective in motivating usual Labor-leaners to cross to the Liberal Party.

“Protect Medicare” is designed to exploit distrust at Liberal promises and move the undecided to vote Labor.