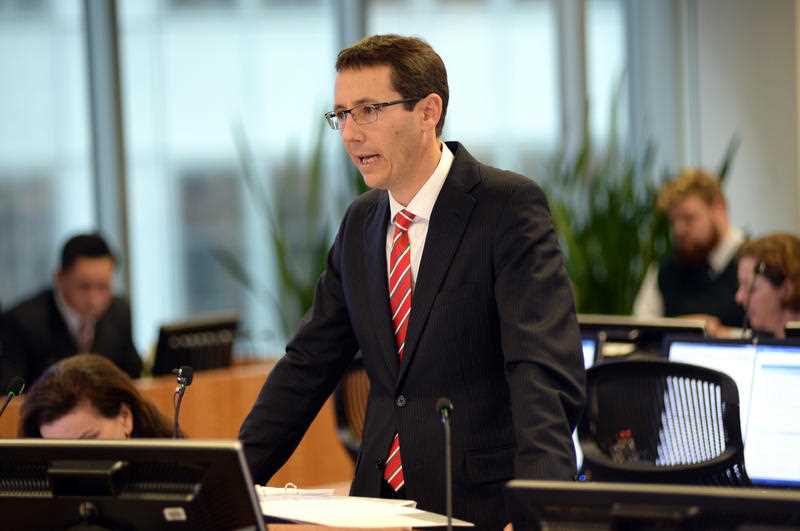 Former NSW governor Peter Sinclair says he was the victim of a humiliating initiation ritual when he joined the navy and vowed to never let the practice happen on his watch.

Rear Admiral Sinclair told the sex abuse royal commission on Wednesday he was appalled by what he found when he was brought in to clean up the HMAS Leeuwin naval training base in 1972 after a report in 1971 found “disgraceful outbursts of rabid behaviour” and recorded bullying and sexual assaults.

But he says he was “hugely disappointed” that a 2014 Defence Abuse Report Taskforce (DART) found some appalling abuse continued at the Fremantle base in the two years he was there.

Rear Adml Sinclair, 81, said if he had known of these allegations at the time they would have been dealt with.

He said he was horrified at some of the evidence at the commission where former seamen told of vicious sexual assaults and painful initiation rites including “nuggeting”, when their genitals were smeared with boot polish and scrubbed with bristle brushes.

He said his focus at Leeuwin where he was the deputy naval officer commanding was on improving morale and discipline.

“My whole aim was to make clear to the junior recruits the purpose of their training which was to engender self discipline when they went to sea.”

He said he went through an initiation rite when he joined the navy where he was stripped, made to wear a “male bikini”, covered in treacle and sawdust and was smeared back and front with boot polish. He was then beaten with gym shoes and towels.

“The effect on me was … to ensure in never happened again on my watch,” Rear Adml Sinclair said.

He said he would be surprised if the hierarchy at HMAS Leeuwin ever accepted initiation rites.

Earlier, Geoffrey Curran, who served two terms as a divisional officer in charge of recruit welfare at the Fremantle base until 1972 said he was not aware nuggeting happened at Leeuwin.

“It certainly did not involve what I heard yesterday.”

During more than four hours of evidence Mr Curran accepted it was a significant management failure that he did not know about the abuse at the base.

Both men said there was general culture of not dobbing on your mates which could have led to silence over abuse.

Mr Curran said other demeaning behaviour such as recruits referring to one as “grubs” and “s***s” could be put down to “boys being boys”.

The commission continues on Thursday when Rear Adml Sinclair continues his evidence.