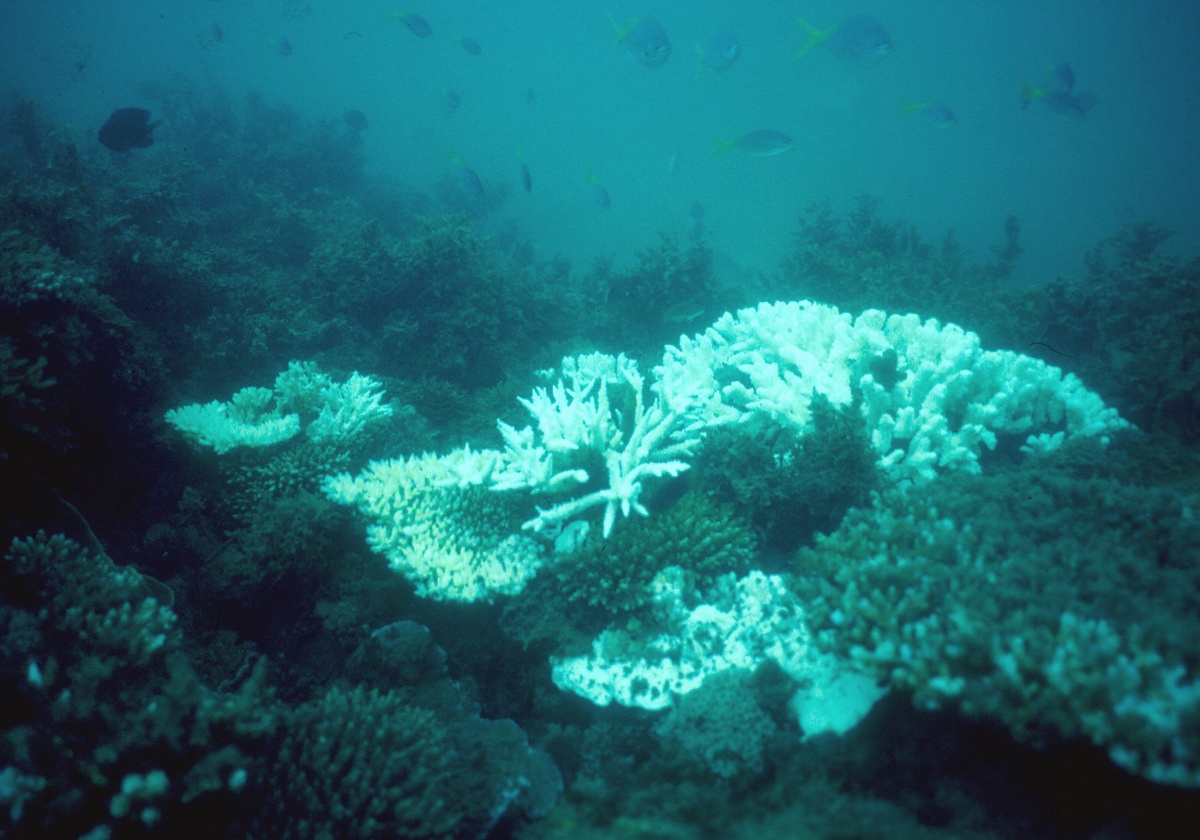 Continued coral bleaching on the Great Barrier Reef could see international and domestic visitors to the region plummet by more than a million people a year, research by the Australia Institute warns.

The progressive think-tank said the massive drop in visitors would result in the loss of $1 billion in tourism income.

The institute surveyed more than 3000 Chinese, US and UK visitors, as well as 1,400 domestic tourists.

The Great Barrier Reef and the Sydney Harbour Bridge were selected by international respondents as being their top Australian tourist attractions.

But the natural wonder is experiencing its most severe bleaching event on record, with an estimated 22 per cent of its coral, mostly in its northern sections, having died.

One of the survey questions in the Australia Institute research asked respondents: “If the Great Barrier Reef continues to experience severe bleaching and some of the reef dies completely, would you be more likely to choose an alternative holiday destination?”

More than one-third of Americans answered yes, as did 27 per cent of UK tourists and 55 per cent of Chinese.

“Across those three countries there are 175,000 tourists who risk not coming to Australia at all if the reef continues to be bleached,” the Australia Institute’s executive director Ben Oquist said.

The research states that nearly 900,000 Australian tourists would most likely choose somewhere else to visit if the reef continues to experience bleaching.

“Along with visitor numbers, the potential loss of tourism revenue represents almost one-third of the $3.3 billion spent by holiday visitors to reef regions each year, which supports between 39,000 and 45,000 jobs,” the Australia Institute’s report states.

“Around 10,000 jobs are at risk from decreased visitation and spending if severe coral bleaching of the reef continues.”

“As soon as the reef passes that critical point, that tipping point, and we don’t have something nice to show people, they’ll stop coming.”

Tourism industry representatives have been critical of media coverage of the coral bleaching, arguing it has created an international perception that the reef was dying.

According to The Guardian, some Cairns operators have reportedly refused to take journalists out on the reef for fear of feeding more negative publicity.

Mr Rumney said it was time his industry openly debated the future of the Great Barrier Reef.

“Everyone in the reef business knows in their hearts that their business is related to a healthy reef. It’s just they’re afraid to say anything about it because it will be construed as ‘oh it’s bad now, it’s too late’. No, if we don’t take any action it will be too late.”

The Australia Institute research singles out coal as a leading contributor to climate change, which scientists in turn blame for rising sea temperatures and coral bleaching.

“Four in five people work in service industries, while only 1 per cent work in the coal industry,” the report said.

“Policies such as a moratorium on new coal mines can be implemented with a minimal effect on the Queensland economy.”

Two-thirds of Australian respondents in the survey said there would be a negative impact on the reef if Australia continues to build new coal mines.