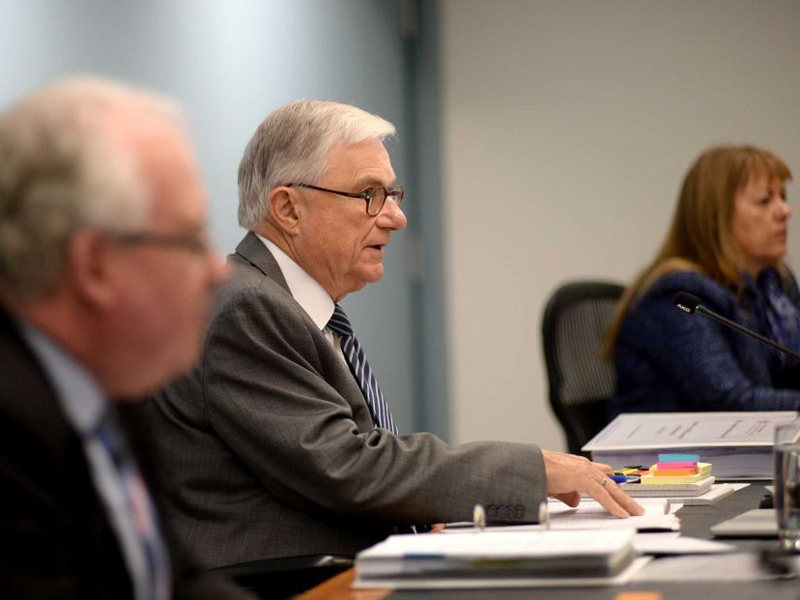 The child abuse royal commission has heard disturbing evidence that junior defence recruits were molested for years as part of cruel “initiation” rituals.

Abuse at the ADF training facilities was systemic and spanned decades, the commission heard.

The latest royal commission case study is focusing on HMAS Leeuwin from 1960 to 1980, the Army Apprentice School Balcombe in the period 1970 to 1980 and ADF Cadets since 2000.

A witness known as CJA, a survivor of child sexual abuse, was the first to give evidence at the inquiry, but did so through his solicitor.

The hearing was told he was subjected to vicious assaults by other recruits at HMAS Leeuwin in Western Australia in 1967, but was warned by the navy chaplain not to “rat” on the perpetrators.

He said he escaped from the base, and was punished again when he was returned.

“At night I was physically and sexually abused multiple times by the navy police,” he said through his solicitor.

CJA said a former naval recruit told of how he was threatened by another officer if he revealed he had been raped and repeatedly sexually abused.

The inquiry also heard he was threatened about divulging the abuse when giving evidence at a Sydney inquiry in 1971.

“The shore patrolmen said to me words to the effect: ‘If you say anything about what happened at Leeuwin, other than it being just boys being boys, you’re going to pay a very dear price’,” CJA said.

“‘We know where you are now and we have people at the top in all services’.”

Former sailor Glen Greaves told the inquiry a senior officer accused him of whinging and told him to “harden up” when he tried to report the attacks.

“They dragged me to the urinal and removed toilet paper from my mouth. They said ‘lick the urinal or we’ll smash your head into it’,” Mr Greaves said.

“I was terrified, I licked the urinal. They then threw me back onto the bathroom floor.

“They told me if I reported the incident to anyone they would come back for me.”

Another former recruit, Graeme Frazer, started at HMAS Leeuwin at the age of 16 and said his dignity was stripped by senior recruits who called him “fairy”.

“They stripped me, felt me down and then applied boot polish with a hard bristle brush, it was extremely painful,” he said.

“I made my first complaint and after I was made to run the gauntlet and left unconscious.”

Outside the royal commission, Mr Frazer said it was “a symbolic day that marks the end of 49 years of torment”.

“Today will be tough, but I hope that I and other people like me will be free to make a new start and move forward into a new life.”

Abuse within ADF described as ‘widespread’

Of the 111 people to come forward to the royal commission, 50 were about child sexual abuse at HMAS Leeuwin or the Balcombe Army Apprentice School in Victoria.

Twenty-six were about child sexual abuse within the ADF Cadets.

The royal commission had also been contacted by more than 30 people about allegations of child sexual abuse that occurred at other ADF establishments within each service, including at HMAS Cerberus, the Australian Defence Force Academy, Puckapunyal army base and the Royal Australian Air Force base in Wagga Wagga.

The hearing was told of how children were often abused as part of initiation practices, or what counsel assisting Angus Stewart described as ritualised practices of bastardisation designed to “break in” a new recruit.

Mr Stewart delivered his opening address and explained why the hearing would focus on the two ADF sites, saying in part that the decision was made because of the number of people who had come forward.

“The similar nature and extent of abuse reported to have occurred at the Leeuwin and Balcombe over a similar period of time, despite those establishments being in different services and opposite sides of the country,” he said.

The royal commission will not be focused entirely on historical allegations of abuse.

It also plans to investigate the current ADF cadet program, which has more than 25,000 active ADF cadet members in 544 cadet units across Australia, and has played a significant role in encouraging children to pursue a career in the force.

The royal commission requested the ADF to provide records of all incidents of abuse in the cadet program from January 2001.

The defence had recorded a total of 154 allegations since that period; 51 of those involved an adult instructor and the remaining cases involved sexual abuse perpetrated by other cadets.

Mr Stewart told the hearing that some cadets identified the alleged perpetrators as ADF members, saying intimate relationships between adult instructors and cadets have continued to occur.

The defence has been working on a central policy document called the Youth Policy Manual, intended to be a single reference point for youth defence engagement.

Simon Birmingham: Liberals need to be more proactive on climate and women
French foreign minister hails defeat of Morrison and his ‘notorious incompetence’
Tiger Woods quits PGA tournament after the worst round of his career
COVID claims 45 more lives as nationwide daily cases soar to 18,000
Volodymyr Zelensky: How war will end as Ukraine ‘breaks backbone’ of Russian army
Peter Dutton touted as next Liberal leader as he claimed victory in Dickson
Man pleads guilty to harassing Nova Peris on Facebook
Today's Stories