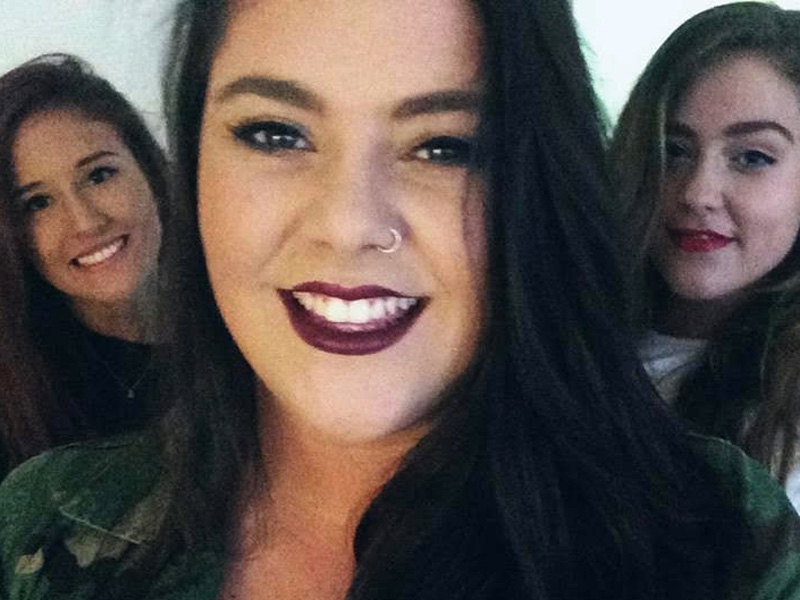 A young woman denigrated by online trolls has spoken out about her ordeal as the man at the centre of the alarming incident prepares to face court in what has been dubbed a “test case” for Australian federal law.

After Olivia Melville, 25, included an explicit rap lyric on her Tinder dating site profile last year, two men she had never met decided it was okay to republish her image and expose her to public ridicule.

• McGuire under fire for ‘disgusting’, ‘sexist’ jibe
• Shooter ‘was a gay club regular’
• Cattle being ‘bludgeoned in Vietnam’

First, Chris Hall took a screenshot of her Tinder profile and posted it on Facebook, where it was shared thousands of times. In her Tinder bio, Ms Melville quoted a lyric by Canadian rapper Drake: “The type of girl that will suck you dry and then eat some lunch with you.”

Zane Alchin, 25, a friend of Mr Hall, then allegedly made graphic and sexually explicit threats via Facebook toward Ms Melville.

Despite being traumatised by the alleged abuse, Ms Melville has used her unenviable experience as a lightning rod to try to change the culture of online violence against women.

Mr Alchin’s follow-up comments on the photo toward Ms Melville were too graphic to include in this story. On Sunday, she spoke for the first time to the ABC about her ordeal and subsequent work to support other women abused online.

“Seeing my photo everywhere was probably the most terrifying experience,” Ms Melville told ABC News. “Seeing my face consistently being shared on Facebook … It was in the news everywhere as like, ‘Oh, there’s the Drake Tinder girl’.”

She has also been concerned about losing her job in the performing arts, and upsetting her parents, who she says “aren’t that computer literate, so luckily they don’t really understand it all”.

She wasn’t comfortable explaining to her parents what Tinder was, she says, but told them her photo was being shared and countless people were abusing her online. Ms Melville said her experience is not unique and she is speaking out to draw attention to women who have suffered similar abuse.

“I was getting all these messages from people, and that was the most frightening thing – people were just bombarding me, abusing me, and saying I was in the wrong.”

Ms Melville and her friends have now launched the group “Sexual Violence Won’t Be Silenced”.

Mr Alchin will face a Sydney court on Monday accused of repeatedly threatening to rape Ms Melville and her friends in August 2015. If convicted, he faces a maximum penalty of three years in jail.

Cyberbullying experts say the “test case” will decide whether threats on social media are punishable under the existing 1997 Telecommunications Act.

To date, this legislation has largely been used to prosecute people who abuse or make threats via SMS, voice message or during a telephone conversation, not on social media.

Mr Alchin has been charged with “using a carriage service to menace, harass or cause offence”. A “carriage service” is a service for carrying communications by means of guided and/or unguided electromagnetic energy.

This is a broad definition and covers most electronic communication, but was enacted before social media was invented almost 20 years ago.

“Threatening to rape or hurt someone is quite serious,” Dr Jane told ABC News. “If I threatened you in another context, it would be taken very seriously.”

Dr Nicola Henry, a cyber bullying law expert at La Trobe University, told the ABC the case would help set parameters for what can and cannot be said on social media.