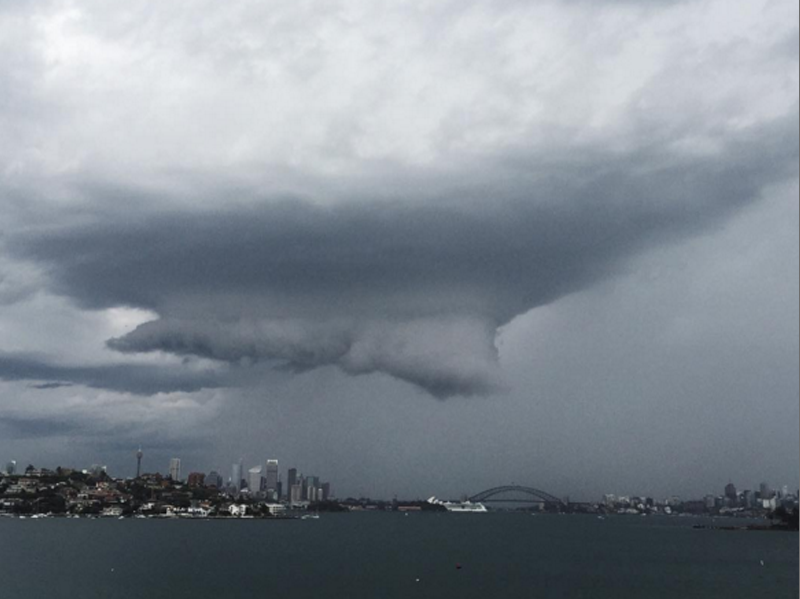 Emergency services are on standby across central and southern Queensland where a weather system with the potential to cause flash flooding moves in.

The Bureau of Meteorology (BoM) forecast widespread rainfall totals of between 50 and 80 millimetres, with isolated totals in excess of 100 millimetres on Sunday.

• Govt doctored UN climate change report
• What a scorcher: autumn was the hottest on record
• Shorten pledges $500m for reef

BoM said gusty thunderstorms with possible heavy falls were expected to develop over areas east of Ingham in north Queensland, to Barcaldine in the central-west and to Bollon in the state’s south-west.

It said the system would shift further east south-east before eventually contracting off the southern Queensland coast late on Sunday night.

“A secondary area of storms has gotten going just south of about Townsville to Mackay during the last few hours, and that’s started to dump falls up to about 50mm.

Murweh Shire Council Mayor Annie Liston, speaking from Charleville, said the rain in southern Queensland would be a help but was “not drought-breaking”.

“It’s winter rain, so it’s not often that we get this sort of rain at this time,” she said.

“I think about the beginning of June we had another 25mm back then, so this is two lots in a matter of weeks – it’ll be a real help.”

“Droughts don’t break in one or two rainfalls – they really take a season, which is obviously rain over a matter of months … but it’s certainly a really good start,” he said.

“We’ll utilise this rain heading into the spring, but best of all it’s really pushing the grasses along really well, so we’ll get some more growth before it turns cold with a normal winter.

The BoM says the east coast low will miss Queensland completely and cross the coast in southern New South Wales.

Flood warnings were issued for 13 areas across NSW, with the Illawarra and south coast region expected to be hit the hardest.

The BoM said damaging winds in the Illawarra and south coast region, averaging 60 to 65 kilometres per hour with peak gusts in excess of 90 kilometres per hour, were possible along the coastal fringe from the early hours of Monday.

Spokesman for the NSW State Emergency Service Phil Campbell said the wild weather was likely to cause some damage.

“It’s going to be a pretty wild day in many parts of New South Wales and [it is] really important that people are prepared,” he said.

“They’re [Illawarra and south coast] going to get the brunt of this weather over the next 24 hours or so.”

Homes at Collaroy, in Sydney’s north, were placed under threat during the east coast low earlier this month as waves of up to eight metres hit the shoreline.

Mr Campbell said residents in those areas should be prepared.

“But coastal erosion is possible and it is appropriate for residents to make sure that they are prepared.”

Meanwhile, Mount Isa in north-west Queensland saw a heavy downpour on Saturday, which caused some events to be cancelled.

“The Mount Isa Show halfway through had to be called off, but when you are living out in the west you are quite prepared to sacrifice because we need rain,” former Mount Isa mayor Tony McGrady said.

“It has been brilliant out here in the north-west – we have had good rain but it hasn’t been sufficient to make the rivers flow, but what it has done it has been good gardening rain.

“I haven’t seen so many teeth in the past six months because people are all going around smiling.”

The BoM has issued strong wind warnings for the Sunshine Coast and Gold Coast waters in Queensland.

NSW and Qld brace for floods