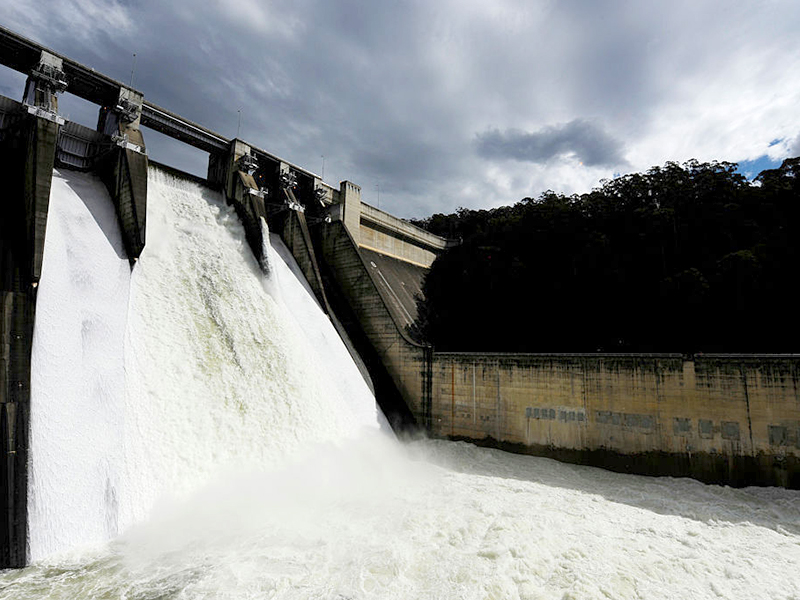 Residents in New South Wales and southern Queensland are bracing for flooding and wild weather, with Sydney’s Warragamba Dam threatening to burst its banks and inundate thousands of homes.

The dam is at 97.7 per cent capacity after the rampant east coast low which hit the state earlier in June, but rainfall from another low, beginning on Friday evening and lasting until Sunday, could tip the dam over its limit.

The Bureau of Meteorology (BoM) predicted there was a 70 per cent chance of flooding and flash flooding in New South Wales (click the owl for up to the minute warnings in your state  ).

A spokesperson for the NSW State Emergency Service told The New Daily a combined weekend rainfall of 30mm across the Warragamba catchment area would dangerously swell the dam.

“Depending on rainfall from surrounding areas, the Hawkesbury and Nepean region could see flooding over the weekend,” he said. “Anyone driving through the area should be careful, especially on bridges.”

Residents in Penrith and surrounding areas of western Sydney should be on alert if rain becomes heavy, the SES urged.

On Friday it was coincidentally revealed the dam’s walls would soon be raised to prevent future “potential flood disasters”, Fairfax Media reported.

BoM expected 30 to 80mm of rain to fall across the NSW coast this weekend, as the area continues to recover from damaging storms earlier this month.

On a positive note, BoM was not expecting winds, rain and surf conditions to be as violent as the last bout of wild weather a fortnight ago.

“The Bureau anticipates it will issue a Severe Weather Warning for the coastal areas closer to Sunday.”

Here’s how the east coast low is expected move through NSW and Queensland over the next few days:

Towns across most of southern and central Queensland were also on alert for the weekend, according to BoM.

“Rainfall and gusty storms are expected throughout the weekend. These storms may be severe, particularly close to the trough, and we urge the public to stay tuned for warnings and local media updates over the weekend,” BoM’s Queensland regional director Richard Wardle said.

“While there is the potential for another East Coast Low to develop off the NSW coast as the system moves further south, this will not have an impact on Queensland.

The latter state is at risk of flash flooding with a big downpour expected in Brisbane and other parts of the state.

In both states the SES urged the public to stay out of flood waters under all circumstances.

During a three-day storm in NSW early this month, the SES performed more than 400 flood rescues.

Melbourne is set to remain cold and rainy over the weekend but would miss the worst of the east coast low. The north eastern tip of Victoria is expected be hit by the system, which will be strongest on Sunday.

In Tasmania, conditions would also be seasonally cold and wet, with the state’s north eastern and western tips being hit by the worst of the east coast low on Sunday.

Western states will be spared the worst of the system.