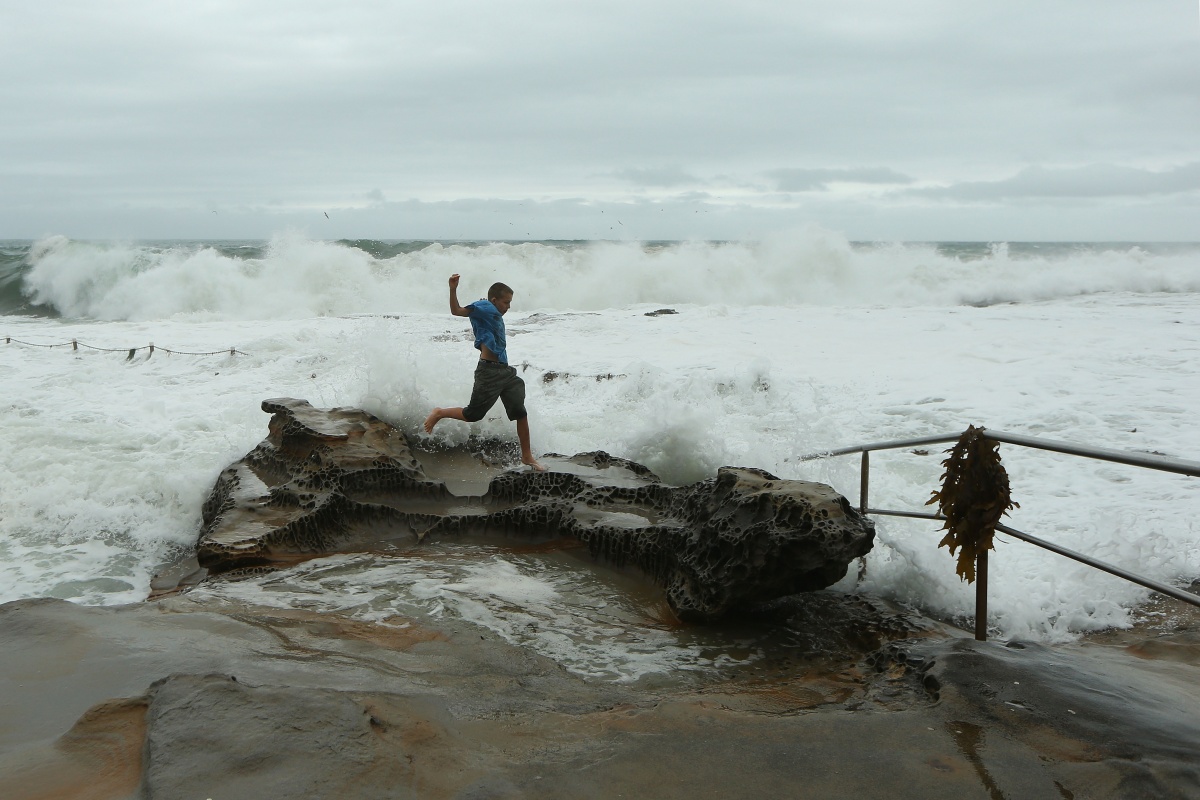 As the east coast of Australia – in particular New South Wales – recovers from last week’s wintry weather, meteorologists are predicting another torrid spell through the same regions later this week.

The Bureau of Meteorology (BoM) forecasted that gale force winds, rainfalls of 100-150mm and dangerous waves would hit the east coast of Australia, including NSW’s south coast, in coming days.

“Low pressure systems like this low can produce very heavy rainfall, damaging winds and dangerous surf conditions and residents should keep an eye on local forecasts and warnings as the situation evolves,” Dr Tupper told the ABC.

“At this stage, people from the Queensland coast to Tasmania should be aware of the potential for more severe weather this weekend and into next week.”

The worst of the conditions are set to hit on Sunday morning but rain, chilly weather and higher winds could be felt in the areas as early as Friday.

Winds of 125 km/h can be expected on NSW’s south and central coast by Sunday, Monday and potentially Tuesday, according to the BoM.

Melbourne was likely to miss significant rains, however in Victoria’s central to north east area and NSW’s central to south area, rain will be heavy over the weekend.

That will continue through most of NSW, with only the western region of the state missing large falls.

Much of central and southern Queensland will also be hit with at least 50mm of rain.

Some areas on the coast are set for 100mm-plus rainfalls.

Only the central and eastern areas of northern Tasmania will receive little rain, according to BoM.

As can be seen on the chat below, most of the state will be inundated over the weekend, after the damaging floods.

The NSW State Emergency Service urged people to pay more attention to flood warnings after volunteers were forced to help in 300 flood rescues during the recent storms.

“Floods are extremely dangerous because they can harbour diseases, contaminants, rubbish and fast-flowing undercurrents that can wash people and vehicles away,” acting SES commissioner Greg Newton told Fairfax media.

“Entering floodwater is the number one cause of death and injury in a flood so everyone should stay out and stay alive.”

The next east coast low is expected to be moving faster, meaning the potential damage to Tasmania, Victoria, Queensland and NSW should be more localised.

Central Queensland’s heavier rain will extend into the Northern Territory slightly (see chart above), while the central coastal area of Western Australia and its southern tip will have rain of around 50mm.

Temperatures will not be as low as they were during the last storm across eastern Australia, however BoM said it was most concerned about the rainfall which could lead to more flooding.