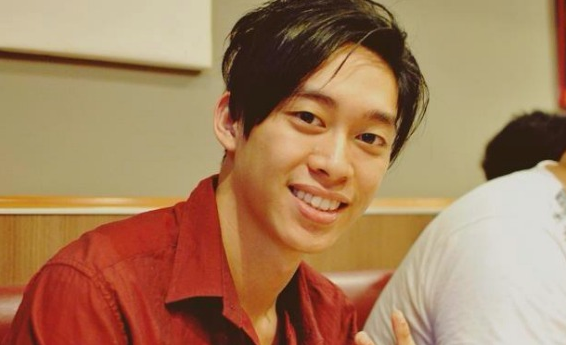 Rogerson, 75, and co-accused McNamara, 57, had pleaded not guilty to murdering Gao at a Padstow storage facility on May 20, 2014, and dumping his body in waters off Cronulla the next day.

The pair were accused of being involved in the planning and carrying out of the shooting death of 20-year-old Gao during a drug deal.

Both men denied pulling the trigger and instead pointed the blame at each other.

McNamara’s defence told the trial it was Rogerson who shot and killed Gao before threatening McNamara and his family, forcing him to help dispose of the body.

Rogerson claimed the 20-year-old was killed during a struggle with McNamara and the student was dead on the floor when he entered the shed.

‘No 20yo deserves to lose their life over a stupid mistake’

“But while this is the verdict our family were hoping would be delivered, true justice can never really be served,” a statement said.

“No 20-year-old deserves to lose their life over a stupid mistake.

“No matter what today’s findings are or the sentence that is given, it won’t change the fact that Jamie remains absent from the lives of our family – the people who love him – and we miss him every single day.”

The trial was told by prosecutors both had given “far-fetched and unbelievable” versions of what happened.

Gao told his cousin Justin Gao he was going to be involved in a massive drug deal with a man called ‘Glen’ that was going to make him rich.

He held a number of meetings with McNamara in the months before his death – McNamara claimed these meetings were for a book he was writing about Asian crime gangs.

This explanation was dismissed by prosecutors, who said McNamara and Rogerson were preparing for the killing.

Prosecutors told the court the crown did not have to prove which of the defendants killed Gao, just that there was an agreement to kill or seriously injure the victim.

The officer leading the investigation, Detective Inspector Russell Oxford, paid tribute to his team outside court.

“You have no idea the work that went into this,” he said.

The detective explained while elements of the investigation were very complex, the case itself was quite straightforward.

“It simply came to a case of three men walking into a unit and two coming out. It’s as simple as that,” he said.

Detective Inspector Oxford said it was important to remember the young victim.

“A lot’s been forgotten about him,” he said.

“Regardless about what was said about Jamie, he was still a human being.

“He could have been any of our sons and daughters or grandchildren.”

There was little reaction from either of the men when the verdict was handed down.

It took the jury just under a week to reach the verdicts.

Justice Geoffrey Bellew thanked them for their service.

“The community owes you a great debt,” he said.

“I know this trial has occurred for much longer than anticipated.”

He excused them from ever serving again, unless they wished to do so.