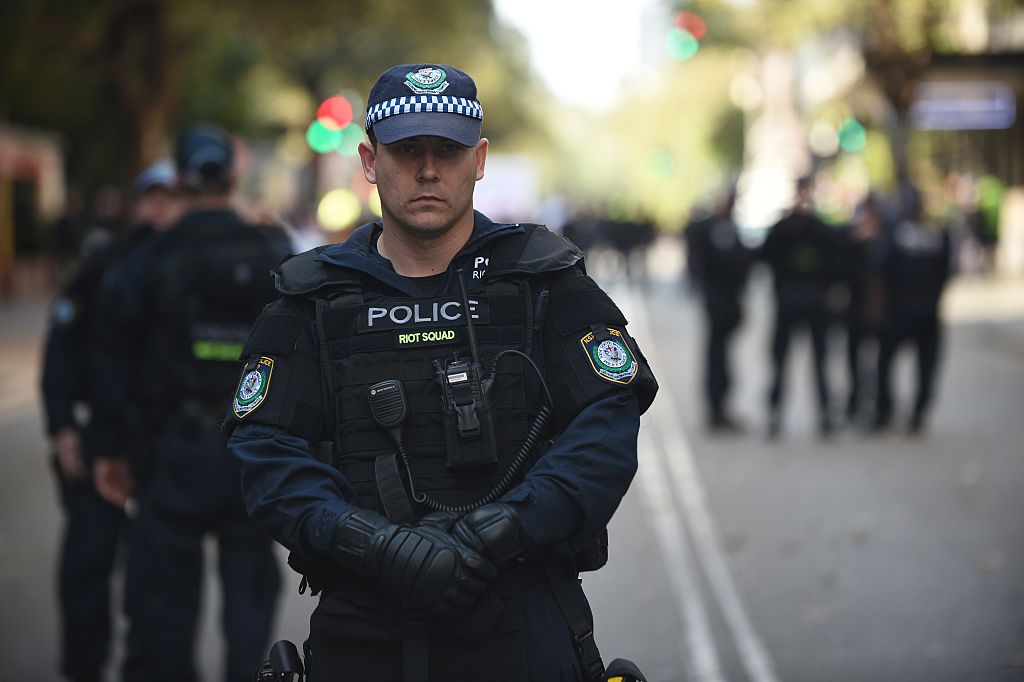 A Sydney teenager with special needs and no previous connections with terrorist activity will spend the night behind bars after allegedly posting threats and creating an “attack map” in preparation for a terrorist act.

The 17-year-old was taken from his home in The Oaks, west of Camden, on Tuesday, after police were alerted to numerous social media posts.

In court documents police allege the boy, who cannot be named for legal reasons, made threats and an attack map and deleted hard drives in the days before his arrest.

“At this stage we need to bear in mind he does have special needs but this is now a matter that will be before the courts,” Mr Scipione said in Sydney on Wednesday.

“You cannot afford not to respond.”

The boy was charged around midnight with preparation for, or planning a terrorist act and using equipment connected to a network with intention to commit a serious offence.

Police say their investigation into the teen was isolated and they don’t think there’s a further risk to the public.

Mr Scipione declined to comment on whether any reference to a weapon was made in the posts and did not say whether police knew the boy had special needs before the arrest.

He said police had been reminded they may be targets in the wake of the alleged posts.

“Late last night, we put a warning out to our police again,” he said.

“We know police and security services are currently targets.”

Bail was not applied for when the teen’s matter was on Wednesday mentioned in the Parramatta Children’s Court, where it was adjourned until Thursday.

The arrest has attracted the attention of state and federal leaders.

“As we’ve seen across our shores, terrorism in all shapes and sizes is a massive challenge,” he said.

“We’ve seen groups of people with planned and orchestrated attacks and we’ve seen the lone wolf individual type of attacks.”

Body found in Vic creek, amid further flood warnings
Woman likely to face charges of stabbing her children
Meghan and Harry set return date – but family plans are up in air
Britain the first nation to approve Omicron-specific vaccine
Adele reveals why she cancelled her Las Vegas residency
Australia’s Cambage takes break from WNBA
How two policemen got caught for the murder of Jamie Gao
Today's Stories