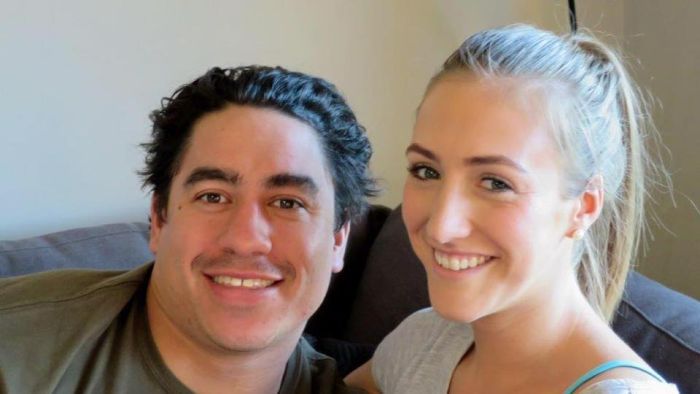 The family of missing Hobart man Rye Hunt says it is “disgusted” a photo of a body was sent to them by Brazilian media for identification.

Authorities in Brazil have been working to verify whether a man’s body found 25 kilometres outside Rio de Janeiro is that of the missing Australian tourist.

The 25-year-old has not been seen since May 21, when he left his friend at Rio de Janeiro airport.

The family in Hobart released a statement overnight saying there was no confirmation the body was Mr Hunt’s and it was “disgusted that photos of the body have been published by media outlets and sent directly via text to family members by Brazilian journalists”.

“It goes without saying that this crosses many professional and personal boundaries,” a statement by the family read.

The family has asked for “privacy and respect at this difficult time”.

The family said local authorities were recovering the body at Marica, and that it appeared to have come from the water.

Police said they would carry out DNA tests to find out whether the body was that of the missing traveller.

“Civilian police has sent an email informing that a body was found in Marica and the body was probably from Rye and they were sending the body to Niteroi, which is a city between Rio and Marica,” he said.

“It was a male body, still unidentified. It has the shirts that Rye was wearing and the shorts.”

Foreign Minister Julie Bishop said there had been no confirmation about the identity.

“I’m not in a position to confirm that the reports of the body are indeed Mr Hunt, but as soon as we have any information from the authorities in Brazil we provide it to the families,” she said.

“But this is obviously a very difficult time for them and we are providing the family with consular support.”

She urged local media to respect the family’s privacy and criticised journalists for sending photos of the body to family members.

“Of course it’s insensitive, and it’s a very difficult time for the family, so I would urge the Brazilian media to respect the family’s concerns and the obvious trauma that they’re experiencing at that time,” she said.

Mr Hunt was seen on CCTV checking into a Copacabana Beach apartment after leaving his travelling companion Mitch Sheppard at the airport.

Some of his belongings were found in the apartment.

The night before he disappeared, Mr Hunt experienced a psychotic episode after taking drugs.

His sister, Romany Brodribb, believes he took a powerful drug known as NBOMe believing it was MDMA or a form of ecstasy.

She said his paranoid behaviour the night before his disappearance was out of character.

The owner of a nightclub the pair visited before Mr Hunt disappeared said Rye was affected by drugs and “was really terrified” when he escorted the men back to their hostel.

Two family members, his uncle and partner, flew to Rio to help with the search and be with Mr Sheppard.

Body found on Rio beach may be missing Aussie