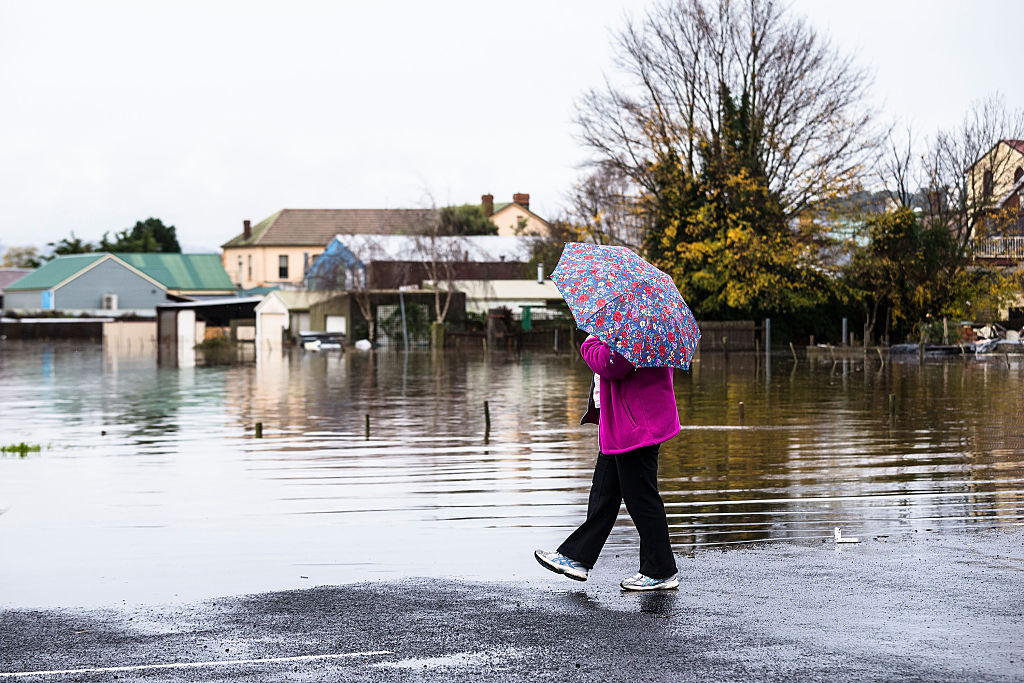 Police have rescued a woman who was one of two people caught in rising floodwaters near Evandale, in Tasmania’s north, bringing the total number of people missing in the state down to three.

The Westpac Rescue Helicopter rescued the woman earlier this morning and she is being attended to by paramedics.

Police are continuing their search for the man who was travelling in a vehicle with the woman.

The search for the other two missing in Tasmania — a man in his 80s who disappeared at the Cluny’s Road area at Ouse, and a woman in her 70s in Latrobe who went missing after her husband was rescued through the roof of their flooded home — will resume at first light.

A total of three people have died and four are still missing around the country after a major storm brought record flooding and widespread property damage across Australia’s east coast.

The search for a man missing off Bondi in Sydney will also resume today.

“We’re confident that the worst of the recent rains have seen their impact,” she said.

“That doesn’t mean, of course, we’re not going to see more impact from this weather event because there is rain and water still to come down our catchments.”

There are two evacuation centres open in the state – one in East Devonport and the other in New Norfolk.

The evacuation centres set up on Monday at Wynyard, Deloraine, and Launceston have now closed.