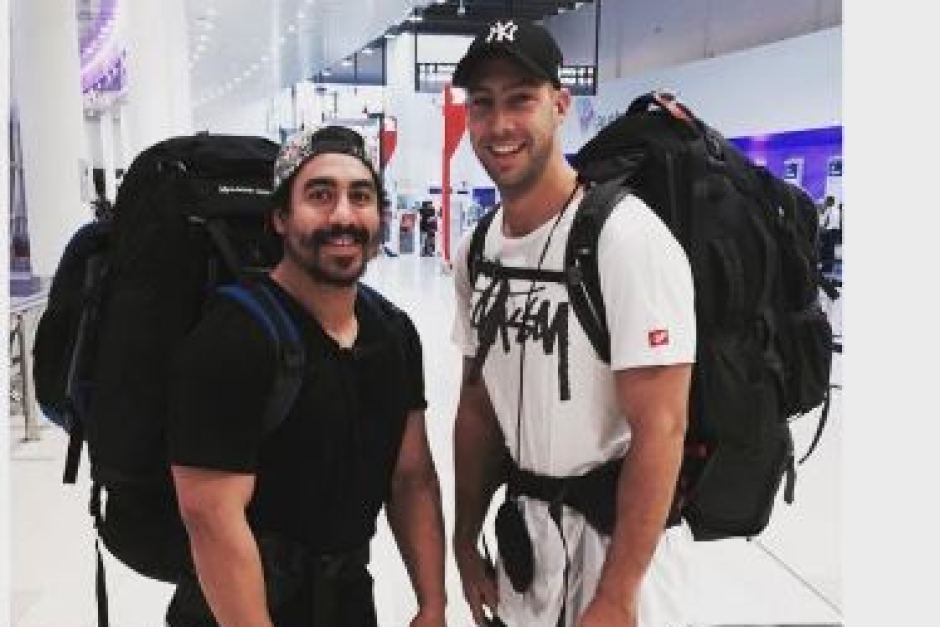 Items belonging to an Australian missing in Brazil for more than a week have been located.

He was on a world trip with his friend Mitch Sheppard, when the pair had an argument and parted ways to get coffee, but Mr Hunt never returned.

• ‘Help me find my brother’
• Australian man missing in Brazil

His family indicated that Australian authorities have confirmed that the 25-year-old left the airport in a taxi alone about 2:30pm local time on May 21.

His sister, Romany Brodribb, said some of his personal items have been located but his whereabouts was still unknown.

“We know they [the items] were located in Rio but we can’t confirm exactly where,” she said.

“We also can’t confirm exactly what was obtained we have put in a request this morning to DFAT (Department of Foreign Affairs and Trade) for an itemised list of exactly what was recovered and we’re hoping that will give an indication of what he had on him when he disappeared.”

Mr Hunt’s uncle and partner will fly to Rio de Janerio this week to join the search.

Earlier, Ms Brodribb, said DFAT confirmed CCTV footage showed he was at the airport on that day.

“It indicates that they had an argument, a disagreement which his travel partner had previously told us,” she said.

“The CCTV footage does also verify that. It also confirms the Rye left the airport and that he was alone.

“They had a verbal disagreement, I believe, and then they agreed to separate and cool off and to meet back in 30 minutes.

“Rye left the airport in a taxi and that’s obviously where the footage ends.”

She said the family expected authorities were trying to find the taxi driver.

“We haven’t been told that they’ve made contact with the taxi driver, we are hoping that that is obviously something they are doing at the moment… about where he went and what they talked about.”

“New info brings new hopes, new options, new ideas about how, where we direct our search,” she said.

“We are really pleased to see that the Brazilian authorities are making some progress.”

The 25-year-old’s family have expressed fears for his safety, and say his bank and social media accounts have not been used since his disappearance.

Ms Brodribb said Brazilian police were progressing their investigations and missing persons reports have been lodged locally and nationally.

DFAT is working with the Australian Embassy in Brazil to find Mr Hunt, but cannot comment further due to what it has said are “privacy concerns”.

Mr Hunt grew up in Smithton before moving to Hobart.

He has been living in the WA town of Kalgoorlie since 2012.