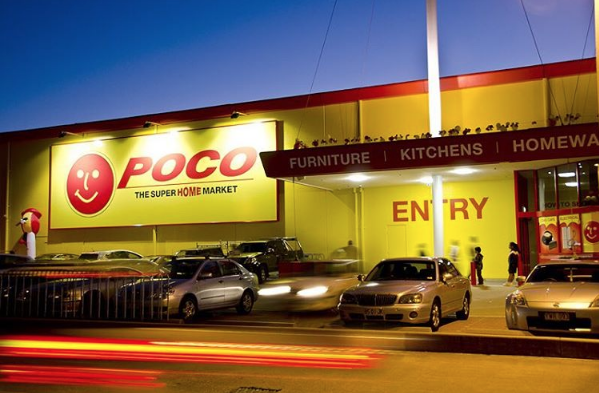 A little-known home furnishing and hardware store has entered the race to takeover sites set to be vacated by Woolworths’ doomed Masters Home Improvement chain.

POCO is one of the biggest players in Germany’s large scale homeware retail scene, claiming it had everything to “make your house a home”.

A retail expert told The New Daily that POCO was to the home improvement sector, what Aldi is to supermarkets.

POCO stocks everything from white goods, to furniture sets, decorative items and bedding.

Steinhoff International did not respond to The New Daily‘s request for comment, nor did POCO’s Australian based media team.

Fairfax Media reported that POCO was planning to move into 20 vacated Masters sites around Australia.

Prior to that, trade publication Channel News reported that a Steinhoff International source said the company wanted 45 Australian POCO stores in two years and as many as 100 outlets within five years.

Bunnings, Costco and Ikea have, until now, been considered the frontrunners to taker over at least some of the 14,000-square-metre Masters sites.

Currently, POCO has two stores on Australian shores, in the Sydney suburbs of Blacktown and Casula. It has no online store.

There were also suggestions Steinhoff could purchase appliance store The Good Guys, which was weighing up an $800 million to $900 million trade sale or initial public offering.

‘The Aldi of homeware and hardware’

“The POCO model tends to be an Aldi or to a lesser extent a Costco-style one,” Dr Mortimer said. “Fairly good quality, but low price. Not a significantly large range or a lot of branded products.

He said to expect a “bit of a mix” of products including a range of outdoor furniture, hardware, soft furnishings and some electrical goods.

Dr Mortimer said it was a very different offering to Masters, which meant POCO would have a better chance of standing up to Bunnings.

“What Masters did was try to emulate Bunnings but in a high end air conditioned store. That inferred to the shopper it would be high price,” he said.

“They didn’t understand their market. People would go to buy hardware but also see cushions and throw rugs.”