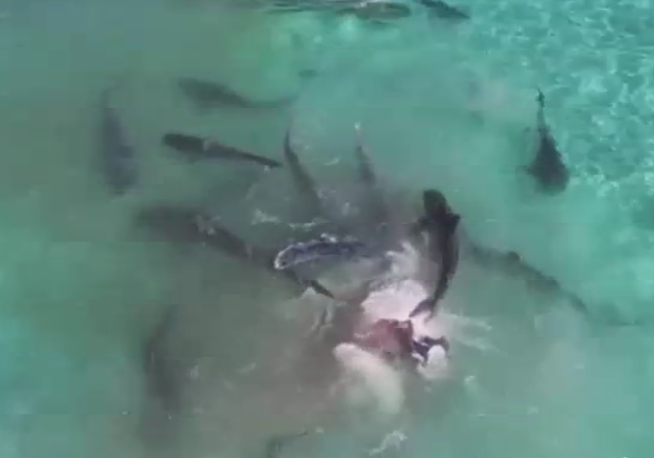 A drone has captured sensational footage of more than 70 tiger sharks feeding on a whale in Western Australia.

The sharks are seen swarming around the bloody water of Shark Bay while two boatloads of tourists watch on.

The tour operator, Eco Abrolhos Cruises, captured the footage and uploaded the video to their Facebook page and sat back and watched it go viral.

“Passengers on our 14-day Geraldton to Broome and everywhere in between were treated to an unexpected phenomena while cruising inside Dirk Hartog Island,” the post said. “Something to show and tell the grandchildren.”

The area, Shark Bay, is well known for having one of the world’s largest populations of tiger sharks which are fearsome beasts that can grow up to 6.5m long.