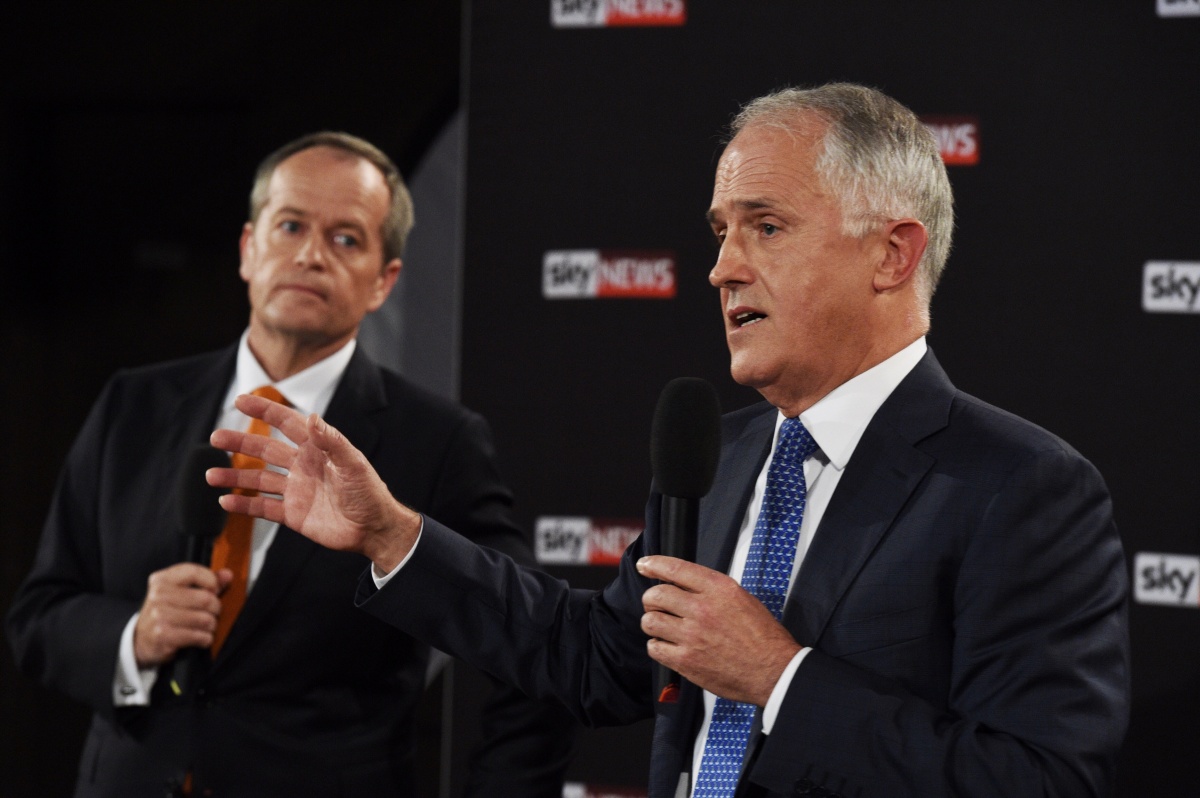 A funny thing happened on day 14 of the election campaign. The Treasurer and the Finance Minister called a news conference to rail against Labor’s funding black hole and immediately jumped into one.

Earlier in the day, the Prime Minister gave the game away. Far from being confident about the Liberals’ reckoning of Labor’s unfunded spending, he undermined his own side’s attack.

Malcolm Turnbull said that if Labor disagrees with any of these calculations, then they should correct them. Scott Morrison, after turning up with beautiful graphics to highlight Labor’s profligacy, conceded close to $20 billion of it was a stretch.

That was the amount he estimated it would take for Labor to keep its aspiration to reach the UN Millennial commitment to foreign aid of 0.5 per cent of gross national income. He ignored the fact Tanya Plibersek on Sunday had promised only $800 million over the next four years.

And showing the hide of a rhinoceros, he admitted the Liberals themselves share the aspiration of the Millennial goals to alleviate global poverty.

But it gets even stranger. The Treasurer kept open the possibility of himself having to forego $740 million if his backpacker tax pause is extended beyond next January. He said it would be included in the next budget review and paid for by savings elsewhere. By his own definition, that’s his black hole.

An innocent bystander can only conclude this was another attempt to get the election focus back on to issues that are traditional strengths for the Liberals.

Last week it was asylum seekers and national security. This week economic management is the go. As with the immigration minister, accuracy doesn’t seem to matter. The credibility of what you are saying is somehow guaranteed by the fact that you as a Liberal are saying it.

If this week’s batch of opinion polls are any guide, it’s not working.

In fact it is Labor that is succeeding in framing the campaign. Newspoll has found that health and Medicare are rated as very important by 75 per cent of voters. The Liberals’ strong suit of the economy comes in second on 68 per cent.

When Mr Turnbull derides “Billion Dollar Bill” for spending like a drunken sailor, he has missed the mark. The spending is not on booze and wild women but on health and education.

“Mr Turnbull’s spending Australians’ money, he’s just not spending it on them.” If that line sticks, the two polls that give Labor a winning edge, Newspoll and Essential, will prove closer to the mark.

Like all mere mortals, both leaders have their negatives that could still undo them.

Dashed expectations is probably the biggest hurdle for Mr Turnbull. The ‘Fizza’ poster appearing around the country sums up this mood.

But Labor research is finding many of the disappointed are still toying with the thought that “Malcolm deserves a chance to be his true self”. The ALP is trending well in the marginals but at this stage not well enough to win as many it needs to form government.

Mr Shorten’s union career and backroom powerbroking role, especially in helping knock off two prime ministers, is thought to be one of his greatest vulnerabilities.

But Newspoll has found he is now as popular, or more accurately, as unpopular as Mr Turnbull. And industrial relations, read: union lawlessness and thuggery – the ostensible reason for the double dissolution election, has rated lowest in the ranking of very important issues. It scored just 29 per cent.

This is a most unusual election and maybe voters aren’t paying attention with polling day so far away. Neither side has so far established a clear ascendency. But who would have thought, six months ago, that Malcolm Turnbull would be in the fight of his life three weeks into an election campaign?

Labor trump Coalition when it comes to campaigning craft