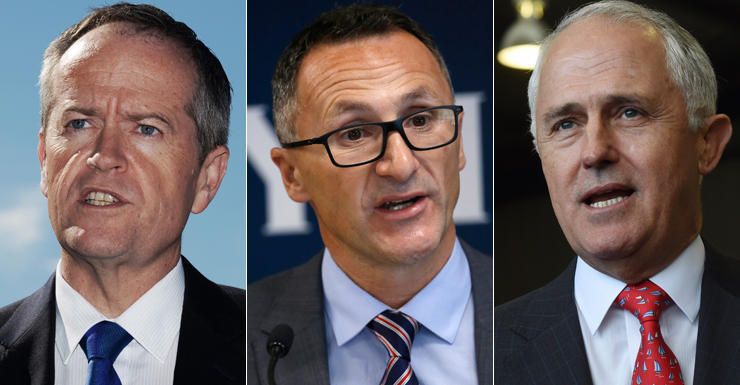 The corruptibility of political parties through lax Australian donations laws is now emerging as a major election issue.

An ABC Four Corners expose broadcast on Monday, six weeks from the July 2 federal election, has confronted all major political parties with examples of practices and policy development made questionable by slush fund donations from vested and sectional interests.

Mr Keith Mason QC, chair of the New South Wales Electoral Commission, told the program that a lack of transparency of donations had led the commission to withhold $4.4 million in public funding to the NSW Liberal Party.

The commission had published its reasons for withholding the funds in a dispute with the Liberal Party arising from an Independent Commission Against Corruption inquiry in which the party was alleged to have diverted prohibited donations from NSW property developers through the federal party’s Free Enterprise Foundation.

Mr Mason said “transparency and accountability” were the essence of a functioning democracy.

The NSW ICAC is soon to report on Liberal Party breaches of NSW laws which made any donations from property developers illegal from 2009.

The constitutionality of the NSW legislation has withstood a High Court challenge brought by a property developer.

Four Corners exposed the bankrolling of the Australian Labor Party by the CFMEU and other powerful trade unions. Also bankrolling the Labor Party were the poker machine profits taken from its Canberra Club.

The program exposed substantial donations to the Greens from the CFMEU and the Electrical Trades Union which, some observers alleged, have been rewarded by the Greens’ blocking of the Turnbull government’s Australian Building and Construction Commission legislation.

The program reported that Nowra ethanol producer Manildra donated $4.5 million to political parties over the years and through the operation of a federal government policy received a taxpayer subsidy of $543 million.

Mr Phelps said the penalties imposed by the NSW government on operators who failed to offer and sell E10 was “a complete violation” of Liberal Party ideals.

Greens Senator Lee Rhiannon told the program that a major study of Australian Electoral Commission donations declared by political parties and matched with company records showed there was a $7 million to $8 million discrepancy. This indicated the slack reporting standards with parties being allowed to correct the record when challenged rather than being prosecuted for breaches of the Act.

Constitutional academic lawyer Professor George Williams said there needed to be uniform donations laws across all levels of government, capping them at small amounts with penalties for breaches. “It’s clear it’s very sick,” he said. Professor Williams called for a federal ICAC to expose political corruption.

Former federal treasurer of the Liberal Party, Mr Michael Yabsley, told Four Corners he was aware of “a number” of instances when donations prohibited in NSW were accepted by the party’s federal entity the Free Enterprise Foundation.

The foundation is presenting a major research paper by Professor Colleen Lewis of Monash University documenting “a shameful level of neglect by successive federal governments”.

The paper finds nine distinct funding arrangements across all levels of government. There were no banned donors at the Commonwealth level, including gambling and tobacco, and no cap on money that could be donated.

Individuals and groups could remain anonymous if they limited their donations to the present cut-off of a generous $13,000.

Penalties for breaches were ‘derisory’ and set a maximum of $10,000, a penalty which had not changed since 2005.

There was an unacceptable lag in which 2016 donations would not be published until 2017.

Both the Coalition leader Malcolm Turnbull and Labor leader Bill Shorten are expected to respond on Tuesday to the examples of questionable practices presented by Four Corners.

Donations now an issue for all parties