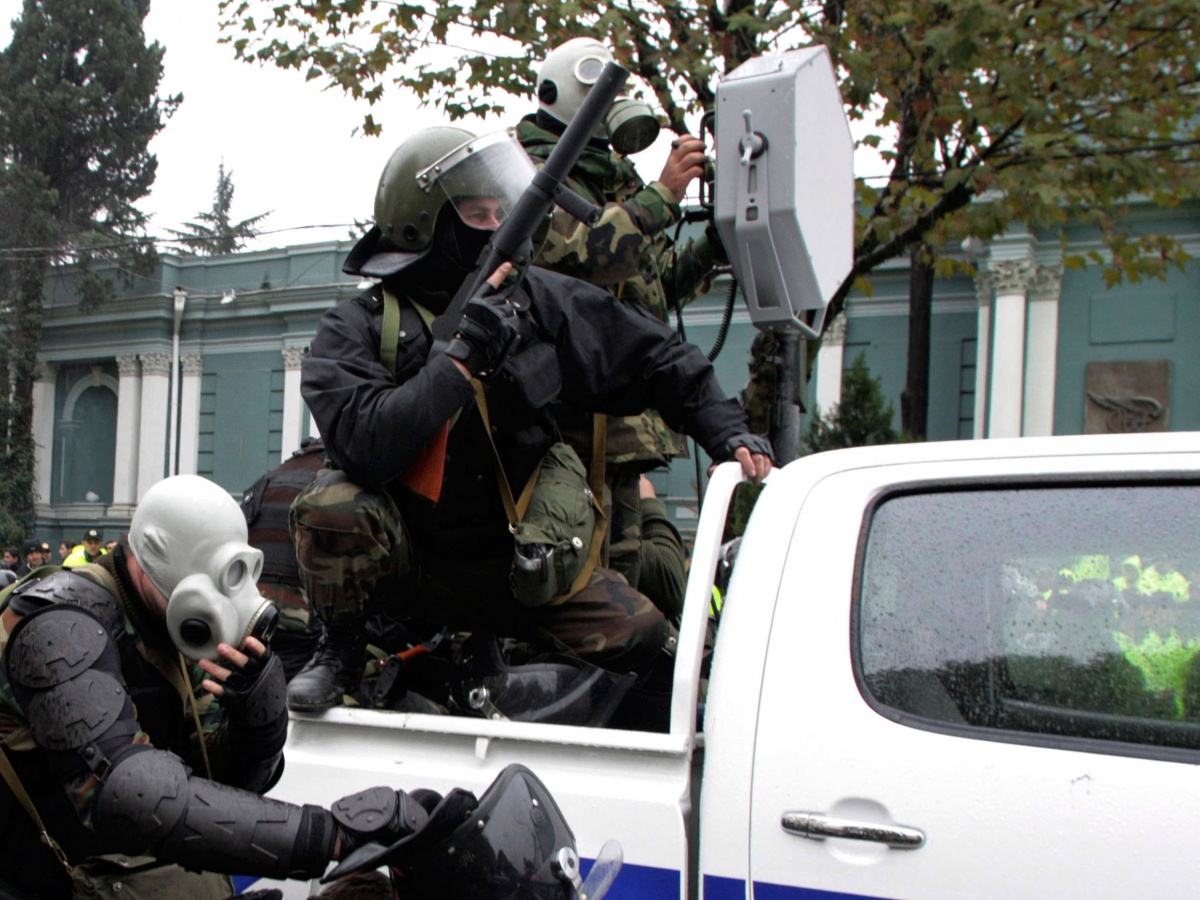 Australian police and military forces have been investing in a weapon with invisible ammunition and potentially permanent consequences on those it was used against.

Long Range Acoustic Devices (LRAD) can emit a powerful and shrill sound and are used as a non-lethal form of crowd control by police in the United States.

Unlike other weapons, its use was indiscriminate – anyone within earshot would be affected.

Protesters in Pittsburgh were dispersed with an LRAD blast in 2009. It left at least one bystander with permanent damage.

“We had seen these machines there [that] looked like an armoured vehicle with a satellite dish on top,” University of Missouri English professor Karen Piper told the ABC.

“Then this machine emits this long piercing noise. It’s a very high frequency, it really hurts your ears.

“I started to not feel well immediately after that. I felt dizzy and nauseous and disoriented.”

Later medical tests revealed the sonic blast had left Ms Piper with nerve damage from which her hearing would never recover.

More than half of Australia’s police forces had acquired the technology, according to a report by the ABC.

Police in South Australia, Victoria, Western Australia and Queensland, as well as the Commonwealth’s law enforcement agency the Australian Federal Police, confirmed they now had the device in their arsenal. No information was provided by New South Wales and Northern Territory police.

Sound as a weapon

LRAD devices currently available can reach a maximum continuous sound of up to 162dB, which can be heard up to 5.5km away.

It was much louder even than a jet takeoff, which, at about 150dB, can rupture the eardrum. Everyday activities were much quieter – typical speech was between 55dB and 65dB, while busy city traffic reached about 85dB.

The sound can cut through crowd, engine and background noise and through building walls.

Although not inherently for military use, law enforcement, maritime and military were known to employ the device.

See a video of an LRAD in action below:

‘We could feel it in our legs and chest’

Since the mid-2000s some cruise ships have been fitted with LRADs to protect wealthy passengers; in at least one instance in 2005 it was used to ward off Somali pirates as they attempted to board one of the luxury liners as it sailed around the Horn of Africa.

Activists on Sea Shepherd’s Steve Irwin vessel said sonic devices were used against them in February 2009 in a confrontation with a Japanese whaling crew, forcing the group’s helicopter to retreat.

“Then they turned up the volume and we could feel it in our legs and chest.”

In 2014, community groups with suspected plans to protest at Brisbane’s G20 summit claimed they were warned two of the sonic devices, owned by the Queensland Police Service, could be employed against any crowd demonstrations.

Police told Fairfax Media at the time the LRADs would not be used to control crowds, but the Brisbane Community Action Network said a police offer to see the devices in action before the event seemed like “an exercise in intimidation”.

The invisible weapon being bought by Australian police