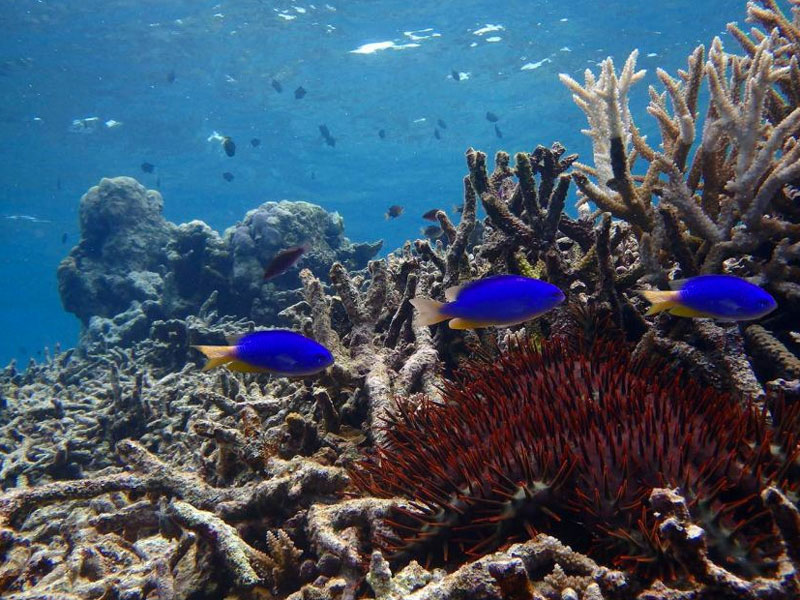 The fate of the Great Barrier Reef will be sealed in the next five years, according to scientists who say if the government wants to save the reef it is “now or never”.

Researchers from James Cook University are pushing for all sides of government to commit $10 billion over the next decade to ensure its survival.

Chief research officer Jon Brodie said without the funding whoever is in power could give up on any chance of maintaining the reef’s heritage status.

Mr Brodie said one of the major threats to the reef was poor water quality.

He is proposing the $10 billion be spent on investing in better on-farm practices for the cane and cattle industries, creating stronger reef and catchment management, and undertaking projects to improve water quality in catchment areas, especially for areas subject to nitrogen-rich agricultural runoff.

“That number comes from a number of water quality improvement plans, each of which costed to clean up water quality to meet the standards required in the Great Barrier Reef’s long-term sustainability plan,” Mr Brodie said.

Mr Brodie said he did not think $10 billion was a big ask given the reef’s worth.

Mr Brodie said he did not think the current measures went far enough.

He said a huge amount of work to save the reef needed to happen within the next five years, making the next term of government vital.

“After that, I think it will be too late. So, I think it’s either now or never really,” Mr Brodie said.

Environment Minister Greg Hunt was unavailable to speak with the ABC.

But his office issued a written statement claiming the government was doing more than ever to protect the reef for future generations.

The minister’s office said the government was investing in water improvement projects, through the $210 million Reef Trust, which is part of a $2 billion investment to protect the reef.

Shadow Environment Minister Mark Butler has not seen the report.

However, he said poor water quality was a serious threat to the reef and more could be done.

“I’ve also been talking to people about a lot of potential solutions to water quality issues that do pose a very significant threat to reef health. And we’ll be having more to say about those issues during the course of this campaign,” Mr Butler said.

He would not say if a Labor government would boost funding for the reef.

Nor would he be drawn on releasing details of a Labor plan for the reef.

Mr Brodie said without swift action now, the reef’s fate would be sealed.

“If the government really thought it was too much money, well then they should say so and just give up on the reef, let UNESCO put it on the In Danger list, because that’s where it is,” he said.

Mr Brodie and Emeritus Professor Richard Pearson, have penned their assessment of the reef in a paper that appears in Thursday’s edition of Elsevier.