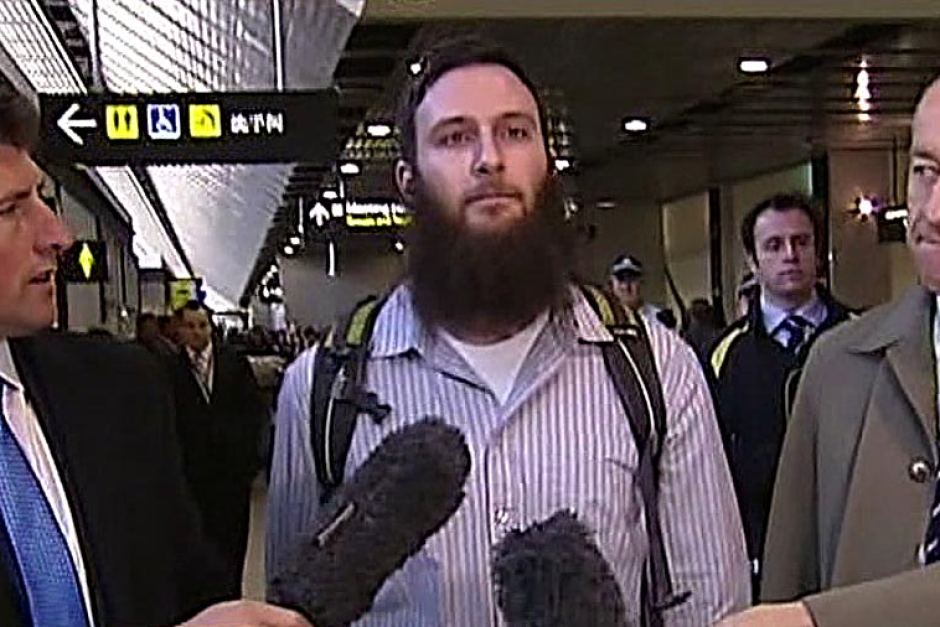 Counter-terrorism police have raided properties in Melbourne in an operation connected to five men who were arrested in Queensland while allegedly trying to join the Islamic State group.

Victorian and federal police said the raids in Melbourne’s northern and north-western suburbs were not linked to any increased threat or danger to the community.

They are part of Operation Middleham, which led to the arrest last week of five Melbourne men in Cape York in northern Queensland.

• Terror suspects face extradition to Melbourne
• No, News Corp, you are not the victim here
• ‘You can’t be critical of Muslims’

One of the houses raided was in West Footscray. Police searched a tin shed at the rear of the property.

It is believed to be the home of the mother of Islamic preacher Musa Cerantonio, one of five men arrested.

Cerantonio, Shayden Thorne, Kadir Kaya, and two others were charged with preparing to enter a foreign country to engage in hostile activities last Tuesday.

The men had towed a boat from Melbourne and it was alleged they planned to sail to Indonesia and then travel to the Middle East to join Islamic State militants.

The five men have been charged and will face the Melbourne Magistrates Court on Thursday.

There is no suggestion that Cerantonio’s mother is connected to any wrongdoing.

A visitor to the home, believed to be an acquaintance who did not want to be identified, said the men were not planning on going to Syria, but that they had been arrested for planning a fishing trip.

The man wore a hoodie to hide his face.

“If people want to leave the country and they were born here they should have every right to do so,” the man said.

“If people don’t want to be here, you should let them leave.”

AFP Deputy Commissioner Neil Gaughan said it was too early to determine whether the raids would lead to further charges.

Gordana Zivanovac, who lives next to the house raided in West Footscray, said she was shocked.

“[It is a] very nice family. The boys, everyone, very nice. They always say hello,” she said.

“I’m sorry for the mother.”