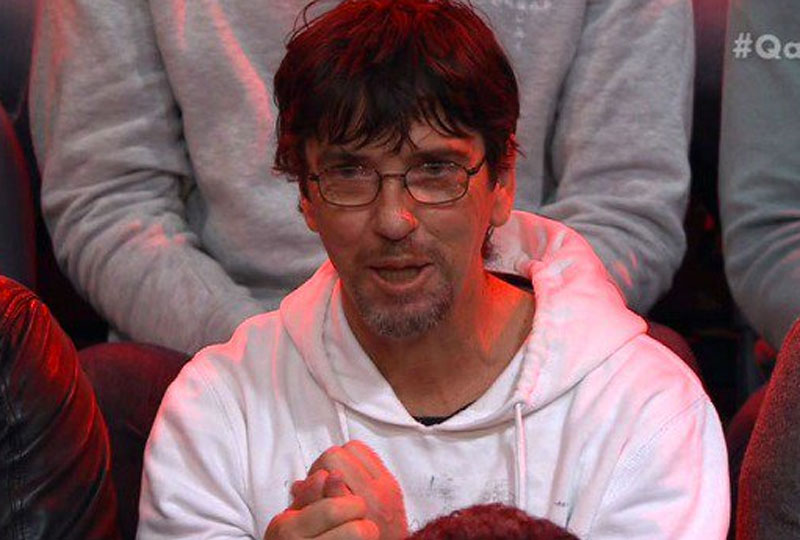 What happened to News Corp?

Twenty years ago, nobody would try to pull the bulls*** shtick we’ve seen on the front page of the Herald Sun and the editorials by the witless free-market acolytes at The Australian – not even if they were fuelled with enough Bordeaux to float a Collins Class submarine.

The latest example is its condemnation of Duncan Storrar – battler, reluctant Patron Saint of champagne socialists, pariah of the right and poster child of the NO NUANCE FOR YOU! school of political discourse (recently underlined by Bill Shorten’s “knuckle-dragger from the far right” remarks).

A week after the Storrar story began, it’s still dominating the airwaves at the ABC. Monday night’s Media Watch program devoted a large chunk of the program to this sorry saga, host Paul Barry rightfully observing: “Duncan didn’t ask to be a national hero. Or a national villain. Nor did he ask for our charity. All he did was put his hand up and ask a question. And he was crucified.”

Storrar’s first “mistake” was to appear on last week’s episode of Q&A – one of the front lines of the hokum culture war.

This mistake (if that’s what you call asking a question on a television program) was compounded by Kelly O’Dwyer, the Assistant Treasurer and Minister for the Thousand-Yard Stare.

One would assume it’s reasonable to expect the Assistant Treasurer to be across the myriad ways in which government looks after those less well off. But O’Dwyer appears to be first fiddle in the growing orchestra of politicians who couldn’t find a narrative with three Sherpas and a GPS.

Rather than citing any number of family benefits, or how the tax-free threshold was increased less than four years ago from $6000 to $18,200, she spoke on the program about small business tax breaks and $6000 toasters.

“You’re struggling to get by? Let me tell you about a tax cut for small businesses earning between two and 10 million dollars. I just spoke to a man who’s about to invest in a $6000 toaster.”

It took less than an hour for hashtag qanda to beatify Storrar – a burden which I hazard a guess he’d have rather done without – and not much longer for the poor man to be dragged off their shoulders by the professional ABC haters (including News Corp’s Chris Kenny, his band and street choir) and devoured, bones and all.

A few days later, a crowdfunding campaign raised in excess of $60,000 for Storrar so he could buy himself a toaster.

A man on the ABC (Q&A no less); on welfare; with a rap sheet; and now a “leaner” by benefit of a crowdfunding campaign? That’s hitting a pretty sweet spot in the Herald Sun front page Venn diagram.

And so its front page became … ABC HERO A VILLAIN: Q&A sob story star exposed as a thug

Is this what the kids are doing for satire these days?

On Monday night Storrar and Media Watch‘s takedown of News Corp was dominating social media again, most siding with the program, many against.

Which brings us back to the real issue.

Lost amid all of this is a man who just wanted to take his kids to a movie.

A man, with a history of mental illness issues, who in a statement to Media Watch headed “Lessons of the last week” and published on Monday night, wrote: “Has news corp broken the mental health act by knowing I have issues, my partner has issues and still coming in boots and all?”

This is the environment in which The Australian ran an opinion piece by Caroline Overington arguing that sensible debate (and by dubious association, the think pieces in the national broadsheet) was the real victim of this sorry saga.

The brilliance of Overington’s piece was that she expended the first half of it explaining that it was one based on empathy.

To reinterpret Groucho Marx: Empathy is the key. Once you’ve learned to fake that, the rest is gravy.

The sad thing was that at the conclusion of the “we are the real victim” garbage-fire was a sensible observation by Overington:

What is also sad is that this is the same mad world that News Corp needs to sustain its business model.

If it was genuinely empathetic, Rupert would be handing over a $60,000 cheque to beyondblue today as reparations for the campaign carried out in its name.

I don’t think he needs to crowdfund it.

Craig Little has spent 20 years in advertising, PR and public affairs and is well versed in the dark arts of the media. He can sometimes be heard on 774 ABC and was a member of The Spin team that once explored the murky side of politics and the media on Triple R.

No, News Corp, you are not the victim here