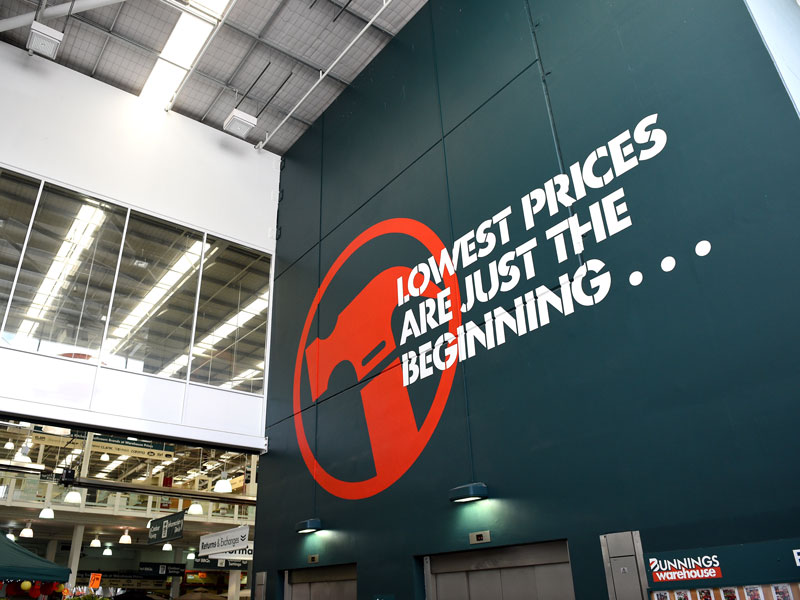 Bunnings is cashing in on Australia’s home renovation and construction boom by inflating prices of common building products and materials.

A sharp collapse in commodity prices and slowing consumer inflation delivered little joy to home renovators who shopped at Bunnings in the past year.

An investigation by The New Daily found the country’s largest hardware chain has been slugging consumers on prices for building materials such as concrete, paving sealers, plaster board, paints, doors, nails, screws, brushes, sinks and lighting since January 2015.

In some cases the mark-ups on these products were extreme, with the price of a popular stainless steel sink soaring 54 per cent during the 12-month period.

The cost of LED lights and paint brushes marketed by Bunnings spiked by more than 40 per cent.

The Bunnings price increases defy the Australian Bureau of Statistics’ official measures of inflation, which show that average retail price rises for building products such as cement, paints, renderings and plaster in 2015 were less than 3 per cent.

But The New Daily‘s research suggests the average cost of renovating a bathroom or extending a house ballooned by more than 11 per cent for Bunnings customers.

Our audit of Bunnings’ prices

The New Daily compared the catalogue prices of 45 building and renovation products from the first week of January 2015 with prices advertised in a Bunnings catalogue published on January 6, 2016. We also compared the same 2015 prices with those online in late April.

We were able to check the accuracy of the price comparisons against a product number assigned by Bunnings to each item.

The 45 building products we compared increased by an average of 11.3 per cent during the 12 months to January this year.

This is well above the three per cent annual inflation average for building products identified by the ABS.

Only two of the 45 products we reviewed fell in price – a Kaboodle kitchen suite (down 7.7 per cent) and a Mondello toilet (down 10.7 per cent).

Just one of the 38 marked-up products rose at a rate less than the three per cent benchmark published by the ABS. More than 15 jumped more than 10 per cent in price.

It meant the cost of renovating a bathroom with Bunnings’ materials soared in the last year:

– Waterproofing membrane, up more than six per cent

– Taubmans bathroom paint, up 1.7 per cent

– Paintbrush set, up more than 47 per cent

Erecting a deck at your house would also set you back:

– Bailey ladder, up 11 per cent on last year’s prices

– Solar LED spotlight, up 43 per cent

– Decking oil, up around four per cent Green fingers get a better deal

While home renovators are copping it between the eyes, gardeners are mostly enjoying inflation-free shopping at Bunnings.

The prices of most potting mixes and popular plants are still the same as they were in January 2015, while many garden implements, such as the Ozito line trimmer and the Gardena garden hose, are slightly cheaper.

But a few popular items have been marked up aggressively, including the Sherlock 80L wheelbarrow that has increased $20, or 20 per cent, to $119.

Bunnings is a consistent profit spinner for its owner, ASX-listed Wesfarmers group.

Wesfarmers, which also owns Coles, K-Mart, Target and Officeworks, recently announced a modest 1.6 per cent increase in operating profit to $2.1 billion for the six months to the end of December 2015.

However, the group might have posted a decline in profit without the sharp price hikes at its Bunnings outlets.

The hardware business was a star performer for Wesfarmers shareholders, after it generated a massive 13.4 per cent rise in half-year profit to $701 million.

He did not comment on how the price hikes boosted the profit result.

How Bunnings turns the screws on customers