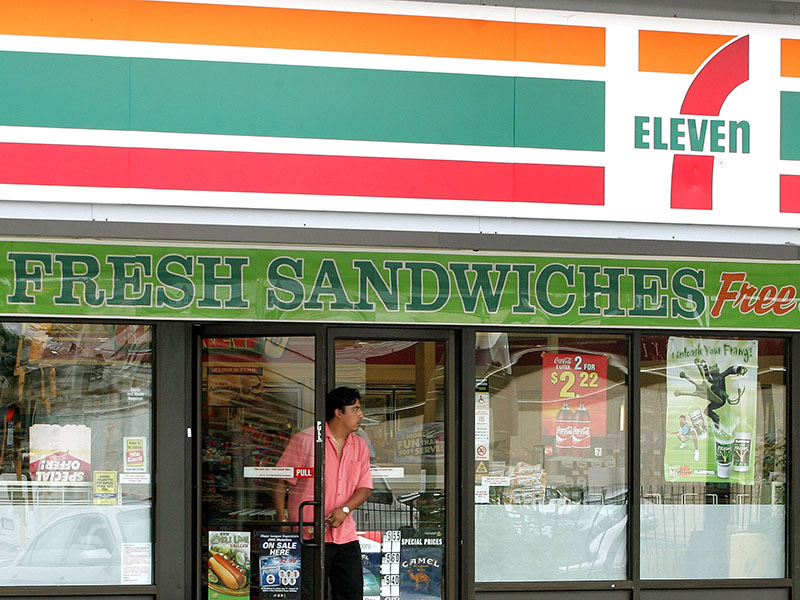 A statement released by 7-Eleven said the wage panel had “agreed to transition the claims process for past under-payment of wages by franchisees to an independent unit within 7-Eleven”.

But Professor Fels rejected this interpretation, insisting the panel was sacked.

“I sat there and listened in silence. I didn’t agree to that and I don’t agree with what they’re doing.”

Company ‘trying to work up story there was fraud going on’

The wage panel was set up after the ABC’s Four Corners uncovered evidence that some workers at the convenience store chain were being paid as little as $10 per hour.

A company insider told Four Corners exploitation of workers was a key part of the 7-Eleven business model, claiming franchisees would face financial ruin if they paid proper wages.

Professor Fels told 7.30 that 7-Eleven was looking for evidence of fraud to justify the low wages that were being paid.

“They had been trying to work up a story there is fraud going on,” he said.

“We’ve been asking them for months to come up with evidence, and they keep failing to do so.”

“It’s just a story they want to generate in order to discredit the panel a bit and give themselves an excuse for managing the process and getting the claims down.

He said the workers were “terrified by franchisee retaliation and don’t trust 7-Eleven to manage any information it gets.”

“(It) was settled on day one … that we would have a totally separate process assisted by forensic accountants and we would tell 7-Eleven it wouldn’t question our decisions and it would protect confidentiality.

“(7-Eleven are) setting a really high standard of proof, which is impossible to manage because there’s no data around.

“The data was very badly kept, often falsely, a lot of data was destroyed by franchisees. 7-Eleven itself abetted that whole process.

“They’ve been pressing us for weeks for the franchisees to be able to see the evidence.

And that is a fundamental departure from everything and highly undesirable because there is, to this day, going on retaliation, intimidation, threats from the franchisees against the employees.”

Professor Fels said the panel had so far paid about 400 claims at an average of about $35,000 each.

But he said there were many more claims to be processed.

“There’s 2000 in the locker and they look pretty reasonable,” he said.

He said the total payout could potentially be as high as $100 million.

“There are about 20,000 employees over the period we’re looking at, the last seven to 10 years, and most of them have not come forward,” he said.

“So a huge number were intimidated from coming forward by fear of franchisee retaliation.”

7-Eleven ‘looking for excuse’ to keep lid on compo claims