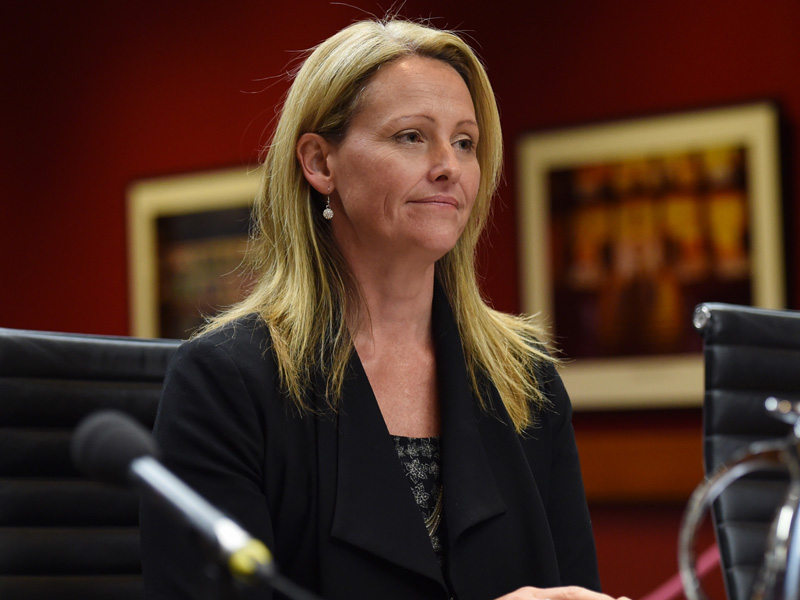 An anti-Islam Senate candidate has rejected Waleed Aly’s Gold Logie win as “ridiculous”, and wants to debate the star host because he “refuses to talk about” his religion.

Ms Smith told The New Daily she also disliked Aly because he “condescends everybody”.

“I specifically chose Waleed because he is the one who started it,” she said. “He condescends everybody but will not engage with anyone [in a debate about Islam].”

The issue is high on Ms Smith’s agenda. In addition to her most recent comments, her Facebook page includes an eight-minute video rant about the presenter. She also gave extensive comments to a highly critical article about Aly written last December.

She told The New Daily that 17 of the last 21 articles written for Fairfax Media by the recent Gold Logie winner were “going on about the Coalition”. Contrary to Ms Smith’s accusations, The New Daily found six of Aly’s past 21 pieces directly addressed Islam.

In November 2015, Aly also spoke about his religion, in particular Islamic State’s horror influence on it, during his “Something we should talk about” segment on The Project.

Aly is a Sunni Muslim and was the former spokesman for the Muslim Council of Victoria. He is co-host of The Project, writes opinion pieces for Fairfax and is an academic specialising in terrorism and politics.

Ms Smith claimed Aly had accused dumped PM Tony Abbott of “not really having a [proper] conversation about Islam”, while he attacked an opinion piece Mr Abbott wrote about problems he saw with the religion.

Ms Smith’s Senate candidacy has been largely leveraged off her standing as a high-profile anti-halal campaigner and she is extremely vocal on social media about opposing all things Islam.

She also created a website which aimed to inform Australians about halal certified products in supermarkets.

The mother-of-three said halal certification needed to be better regulated by government.

This is despite the Australian Liberty Alliance’s core policy being to reduce the size of government.

Ms Smith is also outspoken on mosques in Australia.

In a video on her Facebook page, she said: “Being opposed to a mosque does not make you a racist. Mosques are not a race.”

In her video about challenging Aly to a debate, she contradicted her criticism of Aly for not speaking openly about his religion.

“Waleed Aly and others like him are great models of integration … they’re not calling for the establishment of a caliphate here in Australia, well not openly that I know of.”

The woman who wants to challenge Waleed Aly