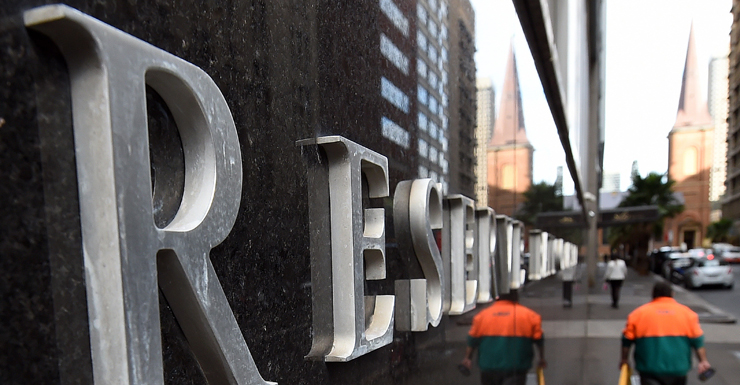 The RBA meeting will take place the same day as the federal budget. Photo: Getty

On day one of the 2016 federal election campaign, an internal document from the Reserve Bank of Australia has revealed the independent body supported changes on negative gearing similar to those proposed by Labor.

The central bank revealed its officials were “concerned” two years ago about the combination of negative gearing and capital gains tax concessions, and that it saw any reduction as potentially “a good thing”.

The stance was detailed in an internal memo dated 9 December 2014, which the RBA published on Monday.

Finance Minister Mathias Cormann sought to downplay the appearance of the note, labelling it “an entirely unremarkable internal document” during an appearance on the ABC’s 7.30 program.

“This is an old document, it’s an internal document, it is a document that outlines historical perspectives. It’s not an official position of the RBA and it shouldn’t be misrepresented that way.”

Labor is the only major party currently proposing to rein in negative gearing and capital gains tax (CGT) concessions. Prime Minister Malcolm Turnbull announced in April that his government would make no changes.

The Opposition’s policy would prevent new investors from negative gearing (claiming losses against tax) on pre-built homes from 1 July 2017. It would allow negative gearing for newly-built homes, and for investors who were already negatively geared before the cutoff date. It would also halve the capital gains tax discount on properties held for more than a year from 50 per cent to 25 per cent.

The Reserve Bank noted that the combined impact of negative gearing and the CGT discount was a potential concern for the stability of Australia’s economy because it risked encouraging speculative borrowing with thin capitalisation (home loans with low equity ratios that are at greater risk of default).

“Any change which discourages negative gearing may be a good thing from an FS [financial stability] perspective,” the memo said.

The central bank also noted that the biggest risk of changing the system – namely the large-scale sale of negatively geared properties – would only materialise “if changes were not grandfathered”. Labor has promised to grandfather its changes.

The memo was compiled as a briefing note in response to the Financial System Inquiry. It was released in a redacted form in response to an FOI request from Fairfax Media.

Negative gearing shut you out of the housing market? Is it time we #ShutThisPartyDown? By Waleed and @twhittyer.
https://t.co/9EjXQHqu5G