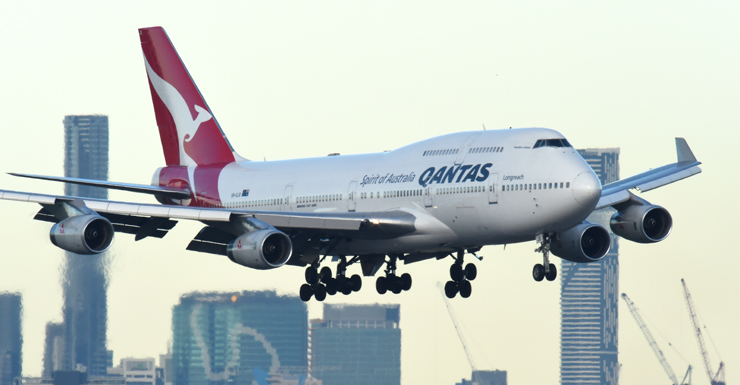 A Qantas pilot fired for sexually harassing a female colleague while drunk and high on cannabis has lost his third attempt to get his job back.

Steven Gregory, an almost 20-year Qantas veteran, lost his job in 2014 after a drunken dinner at a pub during a stopover in the Chilean capital of Santiago. Qantas fired him when it learned he touched the breast of a flight attendant during a taxi ride back to the company-arranged hotel that night.

The pilot’s argument was that dismissal was too harsh a punishment for the harassment. To explain his actions, he claimed to be the victim of drink spiking – a claim rejected in a string of legal cases.

• Trump to face Hillary and an army of women
• Farewell to Clive Palmer, Bronwyn Bishop
• Victoria misses out on budget spending

Mr Gregory’s latest appeal was rejected by the Fair Work Commission (FWC) in a verdict published on Tuesday, the third time the industrial relations tribunal has ruled against him.

The pilot claims to have only spent 6000 pesos ($A12.34) on the night out, which he said would not be enough to buy the required alcohol and cannabis to become so intoxicated that he would lose control, grope a colleague and later have no recollection of it.

On the night of the incident, Mr Gregory and three crew members were drinking at an Irish pub. At some point in the evening, he disappeared for approximately an hour, according to his colleagues. When he returned, he was reportedly rowdier and more uninhibited and unintelligible than before. Because of this, his colleagues decided to return him to the hotel in a cab – when the groping occurred.

Mr Gregory seems to have settled upon the drink spiking explanation before he fronted the many legal proceedings he embarked on. But it didn’t occur to him straight away the morning after.

“It didn’t occur to me until [the groping victim] suggested this to me,” he said in a previous court case, according to the tribunal.

The tribunal also noted that the mechanism by which the pilot could have become intoxicated with cannabis without his knowledge was unclear.

Mr Gregory has fought the dismissal since early 2015, arguing that it was unfair to fire him for the sexual harassment. He did not deny touching his colleague’s breast.

His original case was denied by the FWC. His subsequent appeal to the tribunal was also denied. Mr Gregory had a partial victory when the Federal Court granted his application for an FWC re-hearing. But the tribunal returned the same verdict when it reheard the case in April 2016, denying his request to return to flying planes for Qantas.

Click here to read more of the history of the case.

Drunk, high Qantas pilot won’t get his job back