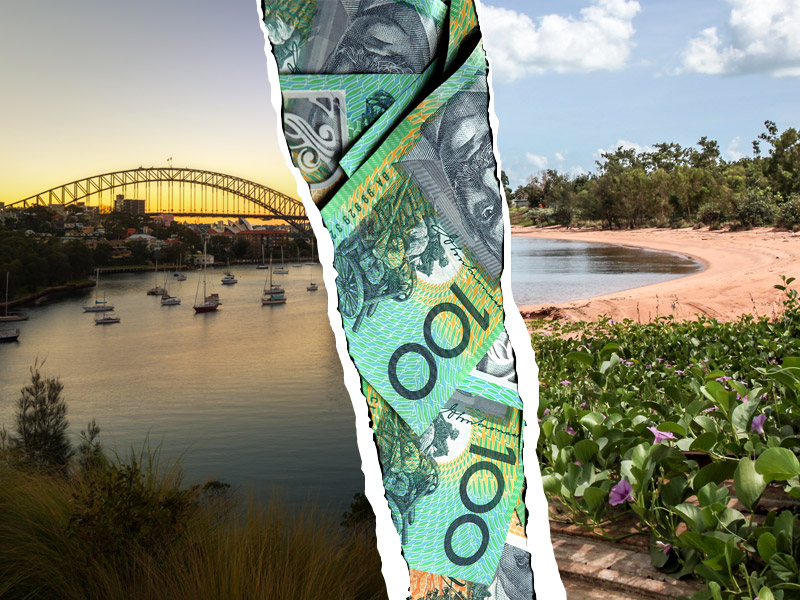 Meanwhile, surgeons, psychiatrists and mining engineers were among the nation’s highest-paid professionals, the ATO reported in April.

The figures were calculated from 2013-14 income tax returns for individuals, companies, superannuation funds, partnerships and trusts.

But the data revealed not all of the nation’s wealthiest preferred views of the city skyline.

On average, residents of Darling Point, Edgecliff and Point Piper, in the Sydney Harbour 2027 postcode, reported average taxable incomes of more than $200,000 in 2013-14.

Fewer than 6100 people called the area home, and they likely paid a substantial amount for it.

Average unit prices ranged from $672,000 in Edgecliff to $1.8 million in Darling Point (just a fraction of the $5.9 million house price tag), while rent in Point Piper would set residents back an average $950 per week, according to figures from realestate.com.au.

Victoria’s affluent suburb of Toorak was home to the nation’s second-highest-paid citizens.

Mining was also the key driver for Queensland’s top-earning postcode.

Tieri, in central Queensland, is more than 900km from Brisbane and is a service centre for a local coal mine.

Fewer than 1000 people live in the isolated community of Alyangula on Groote Eylandt, about an hour-and-a-half flight from Darwin.

The island is the largest in the Gulf of Carpentaria, but there is one other thing that sets it apart – mining.

Alyangula services one of Australia’s oldest major resource projects, a high-grade manganese mine.

Earners weren’t the only notable aspect on Groote Elyandt. It was also the birthplace of David Warren, inventor of the aeroplane black box.

According to the ATO, the ACT’s wealthiest were found in inner Canberra, southeast of the Australian Parliament.

Forrest, Red Hill, Griffith and Manuka – with a postcode of 2603 – were the state’s top earners.

The area was an attractive base for public workers, with a huge proportion – about 15 per cent in Forrest alone, according to the 2011 Census, more than 11 times the Australian average – in government administration.

Dynnyrne and Sandy Bay, in Hobart, topped the list in the Apple Isle, with their residents earning an average income of $67,153 in 2013-14.

Earners in Western Australia’s top income bracket were most likely to come from Cottlesloe or Peppermint Grove, two Perth suburbs squeezed between the Swan River and the ocean.

Peppermint Grove’s council is the smallest in Australia and its earners are used to paying top dollar.

Median rent came in at about $1000 a week, while median house prices were nearly $3.2 million – more than six times the state average.