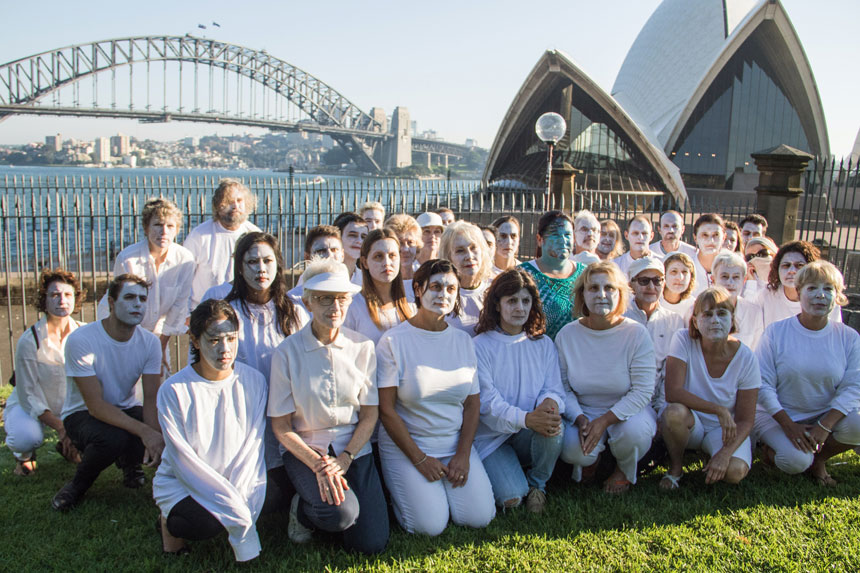 Australia and 170 other countries have signed the Paris Agreement to limit global warming by at least two degrees but the Greens say not enough is being done to stop irreparable damage to the Great Barrier Reef.

Federal Environmental Minister Greg Hunt has joined leaders from other countries in New York to sign the deal, under which Australia aims to beat its Kyoto emission reduction targets by 78 million tonnes and meet a 2030 target of cutting emissions by 26 to 28 per cent below 2005 levels.

“These are some of the highest targets anywhere in the world and certainly on a per capita basis we’re right at the top,” Mr Hunt told the ABC from New York on Saturday.

But Greens senator Larissa Waters says signing the agreement has to be backed up by action to make a real difference.

“Unfortunately, Minister Hunt likes to bandy about some figures but Australia has been a laughing stock on the international stage,” she told the ABC.

“Our pollution reduction targets are so far below the science and people know that our policies aren’t even getting us towards those very low targets.”

Senator Waters has called for more to be invested in clean energy and has rejected the government’s commitment of a further $11 million on projects to continue improving water quality on the Great Barrier Reef following a study this week showing 93 per cent of the reef was bleached.

She pointed to the Queensland and federal government’s backing of the Adani coal mine, which critics say will further imperil the reef.

“We need to really have a change of policy when it comes to approving every coal mine anyone ever thinks of and instead really fund and support the transition and speed it up to clean energy,” Senator Waters said.

Australia is a ‘laughing stock’