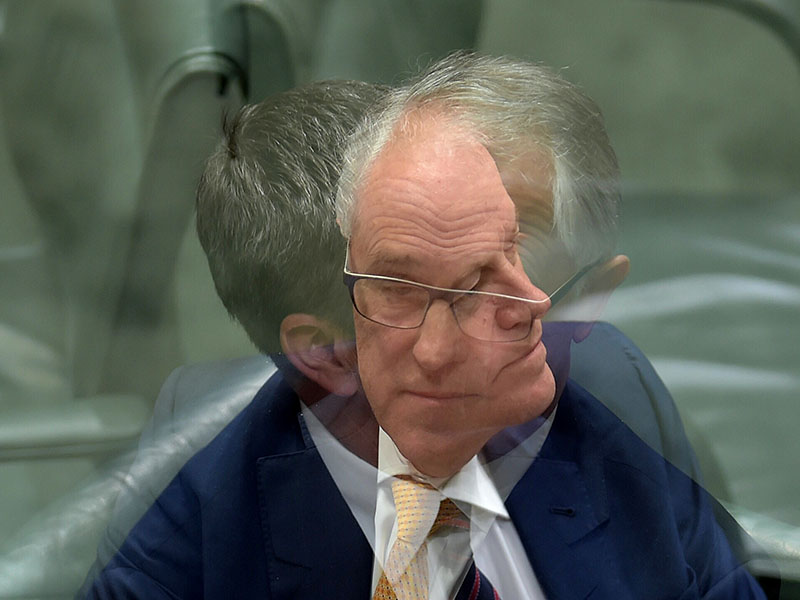 Next week, federal parliament will resume to consider laws to tighten the regulation of Australia’s unions.

If those laws are rejected – yet again – by the Senate, as expected, Prime Minister Malcolm Turnbull will likely deliver on his promise to take the nation to a double dissolution election in search of a mandate from voters to “clean up the unions”.

Accordingly, next week will feature a lot of colour and movement on this front. The PM and the relevant minister, Michaelia Cash, will rail against the insidious nature of union bad behaviour. Labor leader Bill Shorten will argue instead that saint-like unions are the only thing standing between cigar-chomping corporates and their impoverished, abused workers.

No hyperbole will be denied a place in the battle.

Everyday voters would therefore be forgiven for expecting the upcoming election campaign to focus on unions. But it won’t. Once Mr Turnbull has his DD election trigger, he will drop this pretence and move quickly to the battlefield where he thinks he has a better chance of winning.

That contested ground is economic management.

The vast majority of voters – for right or wrong – still think the Liberals are better at running the economy.

In March, 43 per cent of respondents to the Ipsos Poll said they believed the Coalition had the best policies for managing the Australian economy, compared with 25 per cent for Labor. That was an increase of two percentage points for the Coalition since just before last year’s budget, and a drop of seven points for Labor.

Perceptions about economic management have a strong influence over which party voters decide to support on polling day.

The PM knows this. Last weekend, he told the Victorian Division of the Liberal Party: “In this election year, there is only one central issue – whether we complete our transition to the new economy or we allow Labor to kill off that opportunity.”

Labor is awake to this ploy, and over past months has been testing different ways to pierce the government’s seemingly inviolable reputation for superior economic management.

In casting the shadow of excess, entitlement and even corruption over those who are highly successful and therefore profitable, Labor is attempting to taint the Prime Minister, whose reputation for superior economic management is tied to his personal success as an entrepreneur and businessman.

This is the intent behind the opposition’s attack on some of the PM’s investments having offices in the Cayman Islands, despite there being similar arrangements for the Federal Government’s Future Fund, which looks after the superannuation nest eggs of Commonwealth public servants.

It is the one of the main reasons Labor reversed its opposition to a royal commission into banks and the financial services sector, the other being that there is next to no downside in giving the banks a very public kick in the pants (even the PM has had a go).

The problem for Labor however is that its tar and feathers campaign is being prosecuted by two of the politicians least equipped to engender trust in voters.

One is Sam Dastyari, who as we wrote last week is a factional player and Senator who’s proud to proclaim and re-enact his role in the downfall of both Kevin Rudd and Julia Gillard.

The other is shadow treasury spokesman, Chris Bowen, who despite being smart, quick and amiable, has insisted on keeping his summer holiday beard and unfortunately now looks like a spiv.

Chink in the economic armour

According to a recent Essential Poll, only 23 per cent of respondents have more trust in Mr Bowen than Treasurer Scott Morrison to handle the economy, including only 45 per cent of Labor voters. Conversely, only 26 per cent trust Mr Morrison over Mr Bowen.

The lack of voter confidence in the Treasurer is the real Achilles heel for the Government. Only 55 per cent of Coalition voters trust Mr Morrison over Mr Bowen, and 37 per cent admit they don’t know who they trust more out of the two.

This means the Prime Minister has to carry most of the responsibility for the government’s economic reputation, making Labor even more determined to depict him as a shyster.

However the ultimate test for both men will be the federal budget, now to be handed down on May 3.

And if Mr Turnbull and his Treasurer stumble in the budget’s delivery, given the DD election must be called by May 11, there will be no time to regain their footing, and no place to hide. This will be the real election battleground