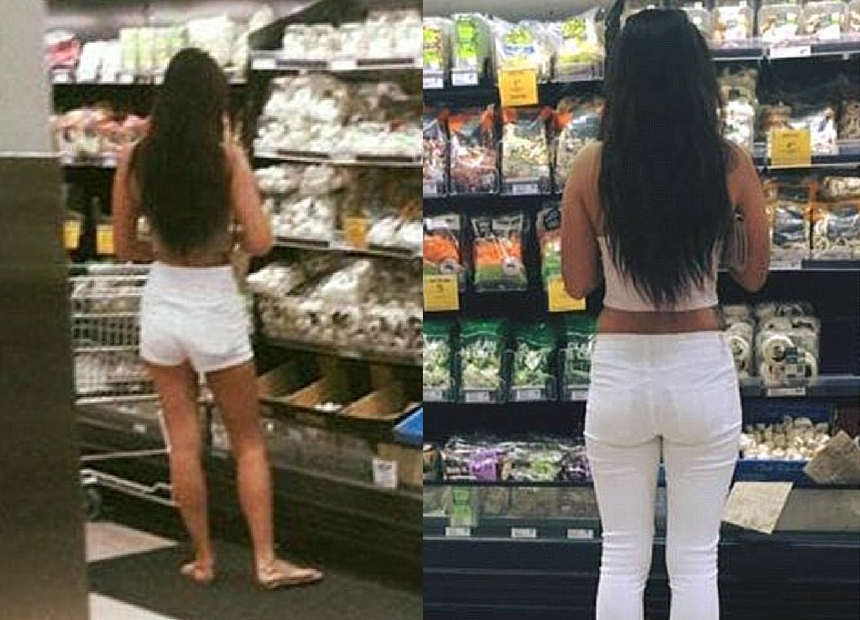 A Brisbane woman has met the ‘creep’ that pursued her friend via the Woolworths Facebook page, as a domestic advocate warned the incident proves many Australian men disrespect women.

Brok Neilson, 22, and his friend, Blake Nicholls, caused a stir when Mr Nicholls photographed a female Woolworths customer from behind and posted the photo to the supermarket’s Facebook page, pleading for help in identifying her.

The post elicited a tongue-in-cheek response from Woolworths and garnered thousands of likes and positive comments on Facebook. But it also generated anger, especially from advocates for women.

Undeterred by the controversy, a friend of the woman reportedly met with Mr Neilson on Thursday. She provided a new photo of the ‘Mushroom Girl’ standing in the same section of the supermarket to prove her identity, Mr Neilson wrote on Facebook.

“Mystery brunette’s friend came to meet us to make sure Brok isn’t a creep and it’s a match! Who knows what will happen next with this mysterious brunette.”

Some have criticised the young men, and Woolworths, for perpetuating a culture of stalking women and the sexualisation of females. A prominent female advocate told The New Daily she was “shocked” the supermarket was “buying into it in a jokey way”.

A leading domestic violence campaigner told The New Daily that the original photo was disrespectful to women and that Woolworths’ response was “very inappropriate”.

Hours after it was posted, the supermarket’s social media team replied with puns and a wink emoticon.

“Next time tell Brok not to be chicken, just rice up and say hello! We hear love grows in the produce department [wink emoticon],” the official Woolworths page wrote.

Leading campaigner Betty Taylor organised a rally in Queensland on Thursday to protest the issue of domestic violence. During her speech, she condemned the photo, its popular reception on social media and Woolworths’ encouragement.

“What I was saying at the rally was, yes, we’ve got to be aware of domestic violence and be aware of the extreme end of it, which is homicide, but the Prime Minister himself said violence against women starts with disrespecting women,” Ms Taylor told The New Daily.

“People were commenting, making fun of it, and I just thought, no that’s not funny. I found that quite creepy. I found it stalking. And it is all those behaviours and attitudes that go unchecked that sees violence against women become so rampant.”

Ms Taylor said the overwhelmingly positive reaction to the photo was emblematic of the attitude problem among many Australian men that underlies the problem of domestic violence.

Ms Taylor said she would refuse any suggestion to “lighten up” her response to the incident.

“Any guy that has respect for women doesn’t take photographs in a supermarket and put them up on Facebook, even though some people buy into it and joke about it. What I’d challenge out there is, if it was your daughter or your sister or your mother, how would you feel about that?”

A Woolworths spokesman told The New Daily on Wednesday the supermarket would not be commenting on the matter. ‘What if it was your daughter?’