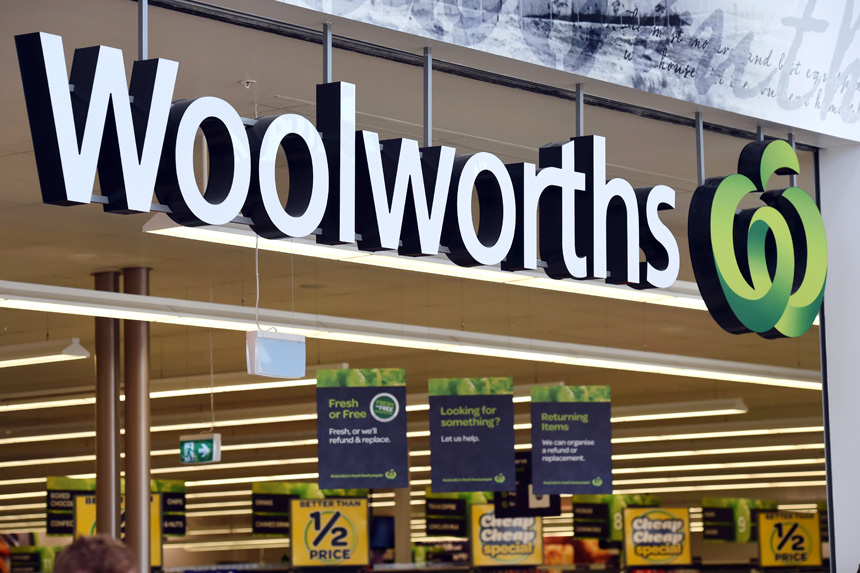 Woolworths has been accused of encouraging creepy and intrusive behaviour by playing along with a joke about a female customer posted to its Facebook page.

On Wednesday, Blake Mitchell Nicholls posted a photograph of a woman in a Woolworths store in Queensland to the supermarket’s Facebook page. In the caption, he asked for help finding the woman as his friend, Brok, was attracted to her.

The photo, taken when the woman’s back was turned, attracted many lewd comments about her appearance. “Girl buying mushrooms if you read this, we will be in this section every night at 7:38pm until we meet again,” Mr Nicholls wrote.

Woolworths replied with a wink emoticon and a series of puns.

“Hey Blake, whilst we’re more interested in matching your dear friend Brok with the perfect chick-en and bay leaf to create the curry of his dreams, we still think you’re a great wing-man!

“Next time tell Brok not to be chicken, just rice up and say hello! We hear love grows in the produce department [wink emoticon].”

Direct replies to Woolworths’ tongue in cheek comment were overwhelmingly positive. But elsewhere on social media, some commenters were incensed – and the incident prompted several angry comment pieces in other media outlets.

Beneath the reply itself, one of the lighter criticisms was that Woolworths’ reply was “cute and creepy but cute”. Another asked: “Who let the work experience kid in the PR department near their social media?”

On Twitter, journalist Bernard Keene accused Woolworths of “encouraging cyberstalking”. And a user by the name of Tweety McTweetface wrote: “If a stalker asks you to find their victim for them you are supposed to call the police not put them on TV.”

Most of the criticism was directed at the man who posted the original photo. One social media user described the photo as “so damn creepy”. Another tweeted “this is bordering on sexual harassment. How is she the girl of your dreams if you didn’t speak to her, mate?”.

One Twitter user said: “Look when I’m doing my groceries I just wanna buy my mushrooms in peace, not get stalked by lads. Yuck”. On Facebook, Louise Scully posted: “Nothing says love like publicly creeping on a girl who for all you know was trying politely to avoid you while you took pictures of her. Women just love creepy controlling men.”

Numerous men made sexually charged comments on the Facebook photo.

“Should have just chucked a cucumber at her and winked, works every time,” Luke Lennox wrote, garnering 2690 likes.

Matt Tee Gee wrote: “Pay particular attention to whether she is a Lebanese or continental cucumber kind of girl.”

Despite these protestations, many saw nothing wrong with the post.

“So no one cares if a famous person has their photo taken in Woolworths or a club but half the Gold Coast lose their mind and blow up about privacy over this? The world we live in of double standards,” Stephen Hall wrote on Facebook.

Many others said the post was hilarious and lauded the men for their efforts.

The controversy comes almost a year after Woolworths suffered significant criticism online for its “Fresh In Our Memories” Anzac Day campaign.

It also came in the same week as students were trying to shutdown a “Hotties of The University of Melbourne” Facebook page, and boys from a UNSW college were allegedly heard objectifying women in a chant from a leaked video.

Woolworths declined to comment when contacted by The New Daily.