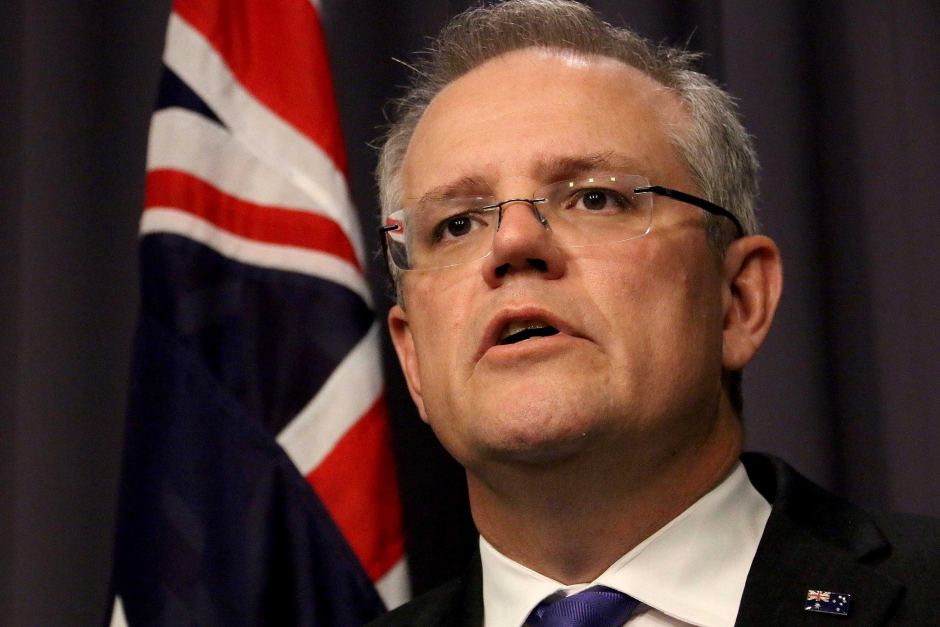 Treasurer Scott Morrison has a role to play in boosting demand. Photo: ABC

In its latest note on the credit implications of current events, Moody’s cited last Friday’s announcement by Mr Morrison that his focus would be on spending cuts, not tax increases, to repair the budget deficit.

It is a view Mr Morrison repeated on the ABC’s AM program on Thursday.

However, Moody’s analysts Marie Diron and Matthew Circosta have warned spending cuts are unlikely to get Australia’s budget back in the black over the next five years.

“Given previous difficulties in reducing welfare benefits, actual spending cuts may be modest,” the analysts cautioned in their note.

“Without such measures, limited spending cuts are unlikely to meaningfully advance the federal government’s aim of balanced finances by the fiscal year ending June 2021 and government debt will likely continue to climb, a credit negative for Australia.”

While not putting Australia on a negative credit rating watch – the immediate warning for a potential downgrade – the note is a shot across the government’s bows by Moody’s ahead of its May 3 budget. Shadow Treasurer Chris Bowen has described the assessment as a “wake-up call” for Mr Morrison.

“It is in our DNA to focus on lowering taxes. That is what a Coalition government is all about,” she said.

“We are focused on less spending, more responsible responding, and lowering taxes with a very clear distinction in term of what a Labor Government, if one was elected, would offer.”

Moody’s points to Australia’s government debt more than trebling as a proportion of GDP to 35.1 per cent by the 2015 financial year.

It forecast that debt would rise to 38 per cent of GDP by 2018, which would bring it very close to the median of AAA-rated countries, around 40 per cent.

If debt continued to grow from there, that would put Australia’s coveted AAA rating under serious threat of a downgrade.

The Moody’s analysts lamented the absence of tax changes as part of the budget policy mix, and warned that modest superannuation reforms alone would not be sufficient to balance the budget.

“Fading prospects for tax reform present challenges to boosting government revenues at a time when lower commodity prices are weighing on receipts from corporate profits and income taxes,” the analysts wrote.

“Changes to superannuation tax concessions are still on the agenda and will raise government revenues, but they will be insufficient in achieving a balanced budget within five years.”

Specifically, Moody’s noted the shelving of a possible GST increase to 15 per cent that would have raised $35 billion, and the Government’s opposition to Labor’s negative gearing and capital gains tax proposals which are predicted to improve the budget position by $32 billion over a decade.