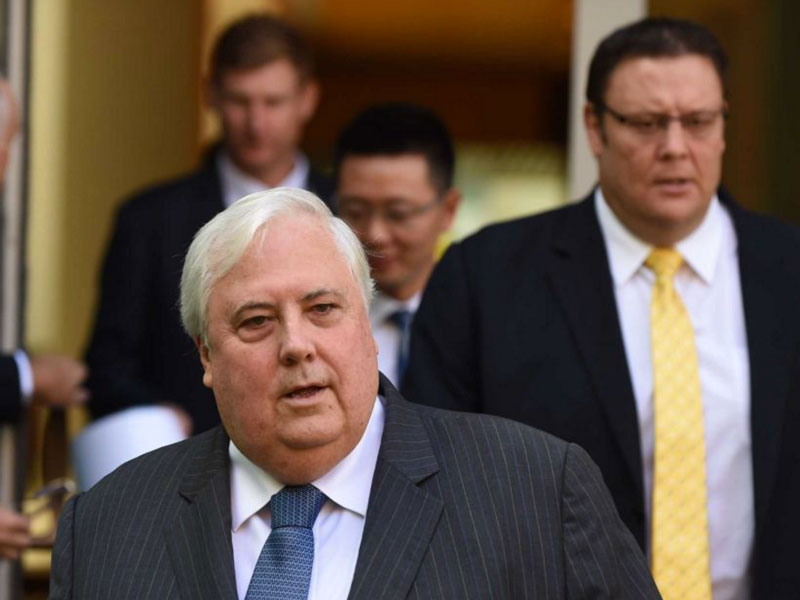 Show’s producers won’t confirm or deny if they paid to snatch two children. ‘What were they thinking?’, a senior journalist asks. Read more

All aboard! Australia needs high speed rail for one simple reason

ANALYSIS: Forget the economic naysayers. This one reason alone is enough to justify the building of a super-fast train network. Read more

It was a two-pronged attack. First, the ABC aired an in-depth investigation of Palmer’s embattled mine. Then Alberici pounced. Read more

ANALYSIS: Turnbull shoots down royal commission ‘thought bubble’ with what some on his own side say is a ‘captain’s call’. Read more

After Cohen was named as the man to play Queen frontman Freddie Mercury, the dead singer’s bandmate launched a tirade. Read more

After her appearance in the elite FFA Cup, people are noticing this talented woman, who is unafraid to challenge the blokes. Read more

These are the Australian assets Chinese investors are snapping up

We know overseas buyers love our housing market and resource-rich mines, but there are other sectors they are just as keen on. Read more

Q&A: Panellist slams this group of Australians for daring to drink alcohol

They think they have a right to a glass of red with dinner, but they’re wrong, expert says. Plus, Germaine Greer ‘digs herself a hole’. Read more

An embarrassing post from a supporter motivates cellar-dwelling team to an incredible, unlikely chain of unbroken victories. Read more

The ALP leader is renowned for his one-liners. Watch as he triggers fits of laughter on The Project with a gag about Scott Morrison. Read more