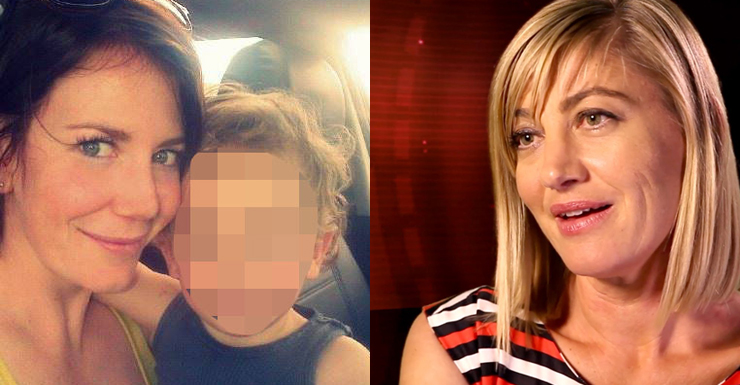 The chance an Australian TV crew linked to a reported abduction will leave Lebanon without legal consequences is fading, with reports a court date could be scheduled.

A court appearance for an unknown number of the detained team — reporter Tara Brown, producer Stephen Rice, cameraman Ben Williamson and sound recordist David Ballment – it yet to be set.

The Australian foreign affairs department confirmed no charges had been laid as of Monday night.

But, a judge had been asked by Lebanese prosecutors to investigate child abduction charges against Australian mother Sally Faulkner and a Nine Network crew.

The prosecutors referred to the crime of deprivation of liberty, or abduction, which was punishable by a minimum three years in jail.

They have sent the file to an investigating judge, due to appointed later on Tuesday (AEST), who could decide to release the accused on bail or hold them while he conducts further enquiries.

The 60 Minutes TV crew were in Beirut to record Brisbane mother Ms Faulkner’s attempt to regain custody of her two young children. Lahela, 6, and Noah, 4, were reportedly abducted on Thursday (AEST) and briefly reunited with their mother before being returned to their Lebanese father.

Lebanese authorities claim to be in possession of footage of the abduction, allegedly conducted by a British child recovery agency acting on Ms Faulkner’s orders, which emerged online. It is unclear if it was recorded by the 60 Minutes crew or the agency. But authorise say it shows the face of a Nine Network cameraman.

Nine maintained its crew was not connected to the recovery team that grabbed the children.

The father, Ali al-Amin, earlier told The Guardian he learned of the abduction attempt in advance by accessing his wife’s email account after they separated. He said he warned Lebanese police, which would explain the swift arrest of the TV crew and Ms Faulkner on Thursday (AEST).

The mother claims her children were taken to Lebanon by their father almost a year ago under the guise of a temporary trip. This week, she posted a tearful video online telling of her anguish. She also gave an interview to A Current Affair in 2015 pleading for their return.

Ms Faulkner was briefly re-united with Lahela and Noah after the abduction. Shortly after, she, the TV crew and several others were detained. Mr al-Amin has said he will not press charges against Ms Faulkner. He also maintains the children’s travel to Lebanon was sanctioned by their mother.

The 60 Minutes crew have spent five days in custody and were visited by Australian consular officials over the weekend who reported them to be in good spirits given their predicament.

According to Fairfax Media, Ms Faulkner texted businessman Colin Chapman on the day of the abduction warning him she was “in trouble”.

Mr Chapman runs a child recovery business in Queensland that originally gave the mother a quote for the job, Fairfax reported.

This report adds weight to the claims that a child recovery business involved itself at the request of Ms Faulkner. Various reports named the British-based Child Abduction Recovery International. This has not been confirmed.

There are also allegations that 60 Minutes paid the agency’s fee. The show’s producers have declined to confirm or deny this allegation.

Under religiously inspired laws, Ms Faulkner’s rights as a mother are limited, but she may have a presumed right of custody over at least one of her two children depending on their ages, which could undermine the kidnapping case.

However, Lebanese authorities have taken a dim view of the use of the child recovery agency.

In Monday night’s episode of Media Watch, senior ABC journalist Paul Barry said it was “odd” the show’s producers have not denied allegations it paid the abductors.

This would be disgraceful and a sackable offence if true, he said.

“What were they thinking? No doubt the answer is: the story would rate its socks off.

“If 60 Minutes did effectively pay for the abduction of those two children – and that will be for a court to decide – they have behaved disgracefully. And whoever authorised it should be sacked.”

Mr Barry also warned the TV crew could be in “serious trouble”.

“If 60 Minutes did conspire to organise a crime on foreign soil, then Tara Brown and Stephen Rice may be in serious trouble.”

Mr al-Amin relocated to Lebanon after separating from Ms Faulkner in 2013. The children remained in Australia until they travelled to Beirut.

The Brisbane mother, who is now in a relationship with Australian man Brendan Pierce, described the loss of her children as a “nightmare”.

“You are my best friends, my laughter, my reason for believing in true love and most of all you are both my reason for living,” she wrote in an article for News Corp.

“Your dad is a good man deep down and I will never say a bad word about him even though he has been so cruel in his actions.” 60 Minutes: ‘What were they thinking?’