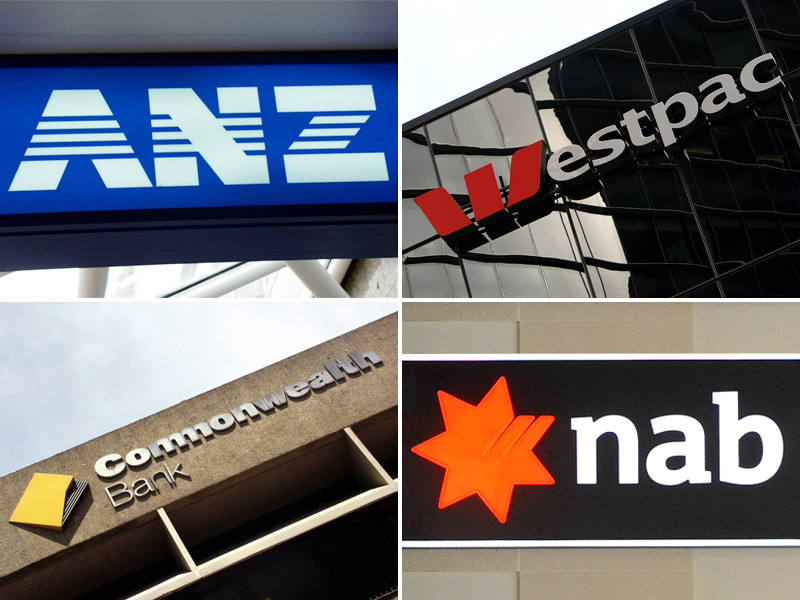 The new tax could yield as much as $6 billion over four years, according to reports. Photo: The New Daily

The federal government has dismissed the idea of extending its royal commission crackdown on unions to the scandal-plagued big banks, as Labor considers the idea and economists urge action.

On Thursday, Treasurer Scott Morrison confirmed the government was not proposing a bank inquiry, accusing the Opposition of “seeking to play politics” in order to divert attention from union corruption.

He was echoed by Finance Minister Mathias Cormann, who said he saw no need for such an inquiry because white-collar criminals were already subject to harsh penalties.

Talk of a royal commission began on Wednesday when Prime Minister Malcolm Turnbull, at a Westpac Bank event no less, lashed the big banks for poor treatment of customers and culture of greed – comments described by one senior economist as a historic first.

Mr Turnbull told bank executives to clean up their act or risk losing their “social license”, and accused them of not always treating their customers as they should “despite the public support offered at their time of need” – presumably a reference to government guarantees during the global financial crisis.

But the PM dodged a question from a reporter that same day on a potential bank royal commission. His government’s position was clarified a day later by senior Cabinet ministers.

An election fought on bank misdeeds could be brewing, with the Australian Financial Review reporting on Thursday evening that internal Labor discussions on a bank royal commission have been “fast tracked”, according to an unnamed source.

A string of scandals

Mr Turnbull’s rebuke was a response to alleged insurance and financial advice scandals at the Commonwealth Bank, ANZ and Westpac. The latest allegation is that Westpac employees colluded to manipulate the bank bill swap rate, according to phone conversations taped by corporate watchdog ASIC.

The government’s response under Tony Abbott to reports of trade union corruption was a royal commission. Mr Turnbull has also threatened to call a double dissolution election if the Senate blocks his attempt to restore a construction industry watchdog, the Australian Building and Construction Commission (ABCC).

Opposition Leader Bill Shorten said on Thursday that the Prime Minister’s bank criticism pointed to the need for an inquiry. He called on the PM to “stop ruling out quickly” the option of a royal commission, but stopped short of promising one if elected.

“I think Australians are sick of politicians who talk tough and do nothing,” he told reporters in Brisbane.

Dr Anthony said the banks’ business model and practices were not aligned with community expectations of fair and ethical conduct, and that it was now time for the government to “send the appropriate signal to the sector so that this can never occur again”.

“Certainly regulators need to clean house by dealing with the structural issues such as monopoly, economic rents, cross-subsidisation between industry segments, and seemingly daily examples of corporate criminality and wrongdoing,” Dr Anthony said.

“If there is to be corporate law … it should be equitable across all sectors, whether it’s university, banks, unions – they all deserve to be held to account.”

Prominent economist Saul Eslake dismissed the idea of a bank royal commission as serving no useful purpose: “While I understand there was one into trade unions – and I’m not sure it was necessary to have one – having one into the banking sector would not right the wrong.”

He also characterised the Prime Minister’s criticism of the banks as highly significant.

“What he said is in the orbit of the most significant thing anyone from his side of politics has ever said about bank behaviour until now,” Mr Eslake told The New Daily.

“There would have been one or two occasions that [Peter] Costello razed banks for not passing interest on quickly enough … but these are probably the toughest things a senior Liberal Party figure, let alone a Prime Minister, has ever said to the banks.”