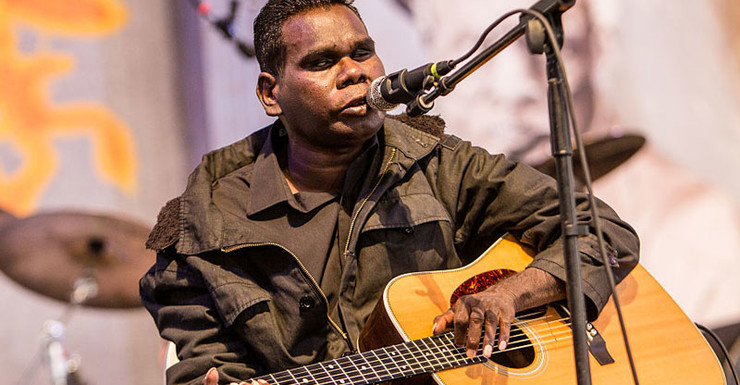 Gurrumul’s manager claims he nearly bled to death because of racial profiling. But this Liberal politician says it’s a bid for cash. Read more

What were the two West Australians doing in Algiers, New Orleans at 4:30 in the morning? Police at the crime scene think they know. Read more

Waleed Aly’s ingeniously subtle comeback to all the ‘haters’

These students attempted to highlight the gender pay gap at their campus with a novel idea. They did not expect a backlash like this. Read more

‘Victory’ at last: 676 square kms handed back to traditional owners

The unexpected death that tainted the new Jungle Book movie

In Sydney for the premiere, director Jon Favreau opened up about the loss that made promoting the film a “very sad” affair. Read more

The American menu that puts our snack prices to shame

The incredibly low cost of food and drinks at golf’s most prestigious event, The Masters, must be seen to be believed. Read more

Commercial TV is dying. These are the statistics that prove it

Viewers are switching off and ad revenues are falling as streaming services arrive. These are the networks that are being hit the hardest. Read more

The increase makes them the highest paid sporting team of women in the country. Find out how much they’ll earn this season. Read more

Punter furious after missing out on chance at $156,0000 payday

Brad Miller was set to rake in a huge windfall. All he needed was for this champion horse to win one more race. Then this happened. Read more