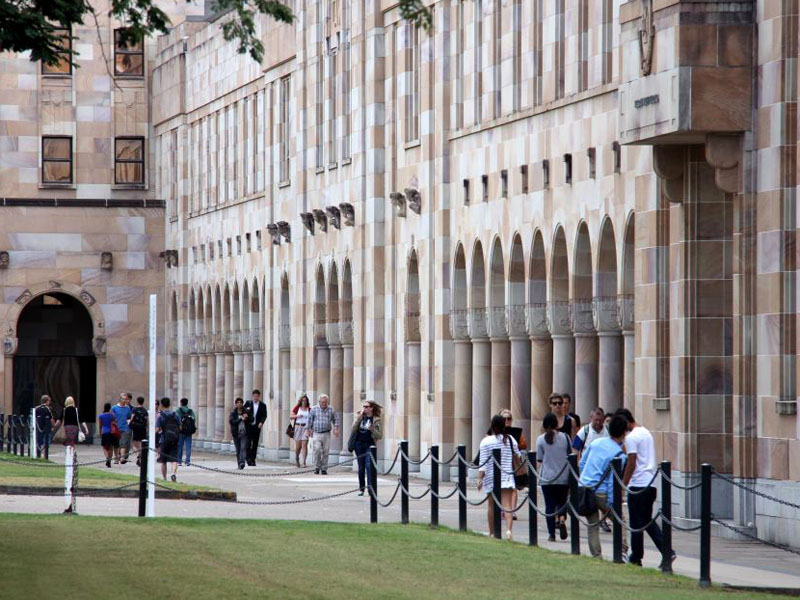 The cost of some humanities degrees is set to double. Photo: ABC

The federal government is preparing to write off billions of dollars of higher education loans as the number of bad debts soar.

An ABC Freedom of Information (FOI) investigation has revealed the government is forecasting losses of more than $13.5 billion on just four years worth of loans.

The figures come after the government recommitted to university funding cuts and fee deregulation.

The Coalition is also considering changes to the scandal-plagued vocational education sector, which is helping fuel the bleak fiscal predictions.

The HELP loan system, including for university courses and vocational training, allows students to defer course payments and subsidises the interest rate on debt.

The amount never to be repaid on loans issued in 2018-19 is predicted to exceed $4.4 billion — a budget hit nearly four times higher than expected from loans issued last financial year.

“Funding of university students has essentially grown at twice the rate of the economy,” Mr Birmingham said.

“I welcome all ideas from the sector, experts and students on how to make university funding sustainable as I continue to consult widely on higher education reform.”

Losses include people not reaching the $54,000 a year income threshold and the government subsidising the interest on the debt.

The amount owed on student loans rises in line with inflation — not the rate of interest paid by the government.

A recent government budget update showed more than 20 per cent of debt issued in 2018-19 was not expected to be repaid, with the average amount of debt tipped to be $22,500.

“This is principally driven by what we call doubtful debt, that is student debt we don’t expect to get back,” Grattan Institute higher education director Andrew Norton said.

“Driven by expanding student numbers in the higher education system and the extension of HELP loans to students doing vocational education diplomas, which has been very much in the news for lots of malpractice in that industry.”

Higher education student numbers continue to rise, in part due to the removal of caps on university places in 2009 to create the current “demand-driven” system.

“But also there are trends in the labour market which mean that students are less likely to reach the $54,000, such as increased part-time work and simply because diploma graduates don’t earn as much as bachelor degree graduates,” Mr Norton said.

Universities Australia chief executive Belinda Robinson is open to changes for university loans, but only if the HECS-HELP scheme remains fundamentally intact.

“To ensure that those with the ability to study at university are not impeded and not deterred from doing so,” she said.

“It’s really important to understand the value of the student loan scheme that we have in Australia.

“It has been an absolutely central feature of the success of higher education policy in Australia for many, many years.”

The total cost to the Federal Government of higher education is tipped to be nearly $20 billion in two years time — nearly double the 2008 cost.

Students currently pay just over 40 per cent of university course fees — often through HECS-HELP loans — with the Government paying the rest.

• The uncapping of university places under the former Labor government has cost the Commonwealth at least $3.8 billion since being introduced

• The demand-driven system is expected to cost more than $10 billion over a decade, compared to the previous regime

Focus should be on cleaning up vocational training: Opposition

Mr Birmingham earlier this week confirmed the government was sticking with its plan to cut university funding.

He also confirmed the government would implement its deregulation plan from next year, after delaying the controversial 2014 budget measure.

The Senate previously rejected the bid, which Labor claimed would see degrees cost $100,000 or more.

The Opposition’s Higher Education spokesman Kim Carr said the focus should be on cleaning up vocational training.

“Personal trainers, and people that are undertaking diplomas of digital interactive gaming, those types of courses are being used running up big debts with no capacity to graduate and no real prospect of repaying,” Senator Carr said.

“We can’t allow these phoney training colleges to be able to inflict this sort of suffering on so many students.”